Oak Glen on the Road Star 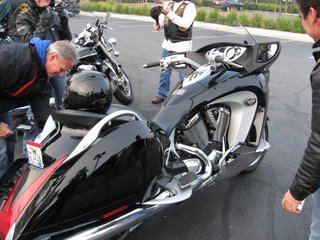 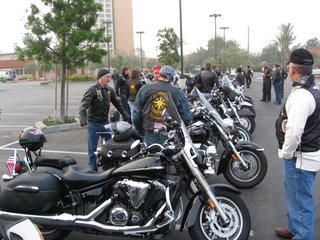 The Star Riders trip to Oak Glen started out at 8:20 am from the Best Buy lot in Orange with about 44 riders and passengers (pillions) 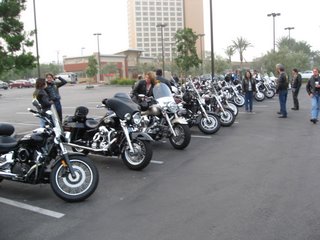 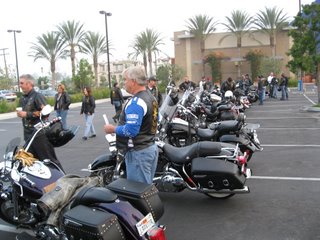 Riders coming in from all over. 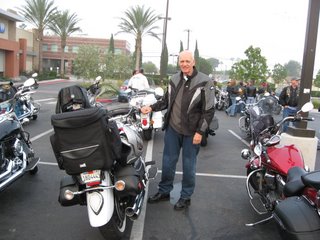 Wow, look at me, new motorcycle and a new jacket and total noob. Nearly everyone had a Star leather vest or jacket with the Star emblem and patches and badges. 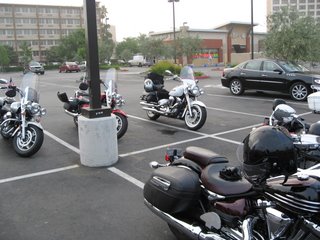 Immediately had a small mishap as the 2nd rider w/passenger leaving the lot clipped the curb and took a tumble into the planter. Only a small scrape or two and a slightly tweeked mirror. Our group #2 took of as the new group #1 and away we went. This time I understood the hand signals better, but wandered all over the lane due to concentrating on the new Road Star instead of just keeping in the proper position. This was my first big ride with the new monster 720 lb. Road Star. I only had about 120 miles on it at this point.

Uneventful trip up to the Beaumont Ave. turn-off from the 10 Fwy in Beaumont. Learned that a car coming on the freeway clipped another car and spun out through several lanes of traffic to wind up in the center divider in front of the group that was behind us, with no other damage or encounter. We headed up the trail into the hills toward Oak Glen above Beaumont with the road being quite tame compared to Angeles Crest Highway for instance. 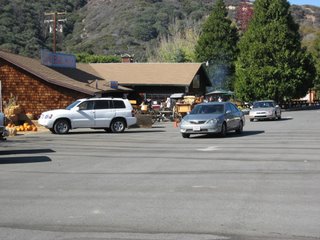 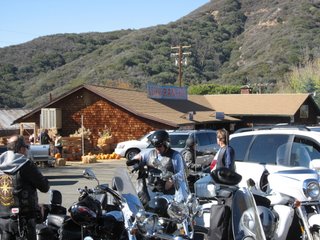 I now have 85 more miles than when we started and that jacket is getting real warm. Took the liner out. 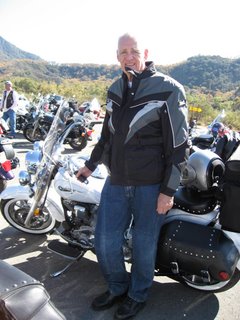 We arrived at a way stop where there was some sort of BBQ restaurant with a really great bar-B-Que smell that whetted my appetite for BBQ. Our lunch stop was a little further up the road how ever so after a half hour or so away we went to the lunch stop.

Lunch with all 44 or so riders, included a piece of apple pie. 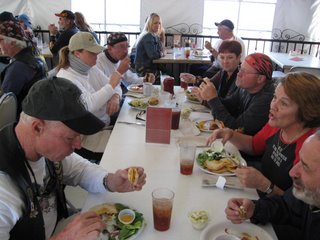 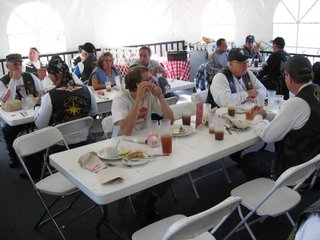 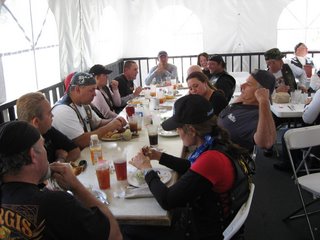 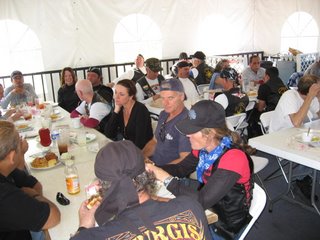 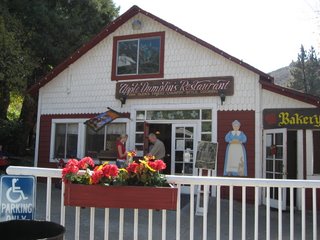 Big beautiful tree for this area. 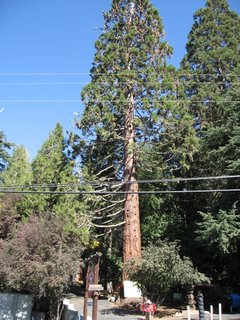 Now Oak Glen is supposed to be famous for growing apples and let me tell you, it's better to buy the apples, take them home and make your own pies if you know how. Over a span of maybe 15 years I have had 2 pieces of apple pies in Oak Glen and neither one was worth the trip. I did buy an apple streudel and Apple turn over and my wife ate both of those so I have no idea what they tasted like. 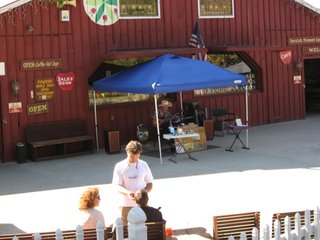 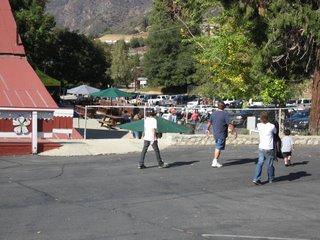 Back on the road we went to our starting point in Orange and the trip was over by 3:30 or so. 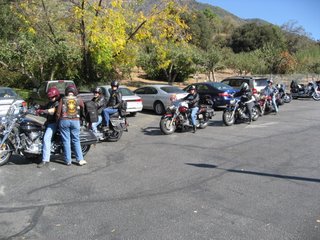 Group #1 getting lined up and ready for the return trip, we are next. 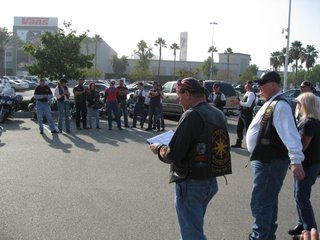 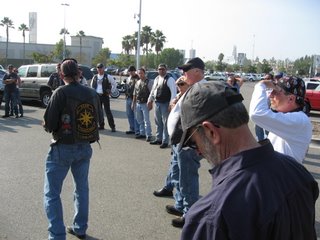 Wrap up meeting at the end of the trip, several new members were voted in and luckily I was not voted out, although I don't know for sure.

No problems for me, and I did better on staying in my side of the lane this time, no major concerns and the Yamaha Road Star performed very well. The only problem is that in a tight U-turn in a parking lot and coming to a stop to park is a bigger chore than on the 1100. This thing weighs a lot. On the road it's very comfy all things considered. I now want to go back up to Oak Gen and stop in at the first restaurant for some of that BBQ, I hope it tastes as good as it smells. Total miles about 175, and arrived home just before 4 pm.
Posted by Richard at 5:04 PM No comments: