The ST&R (Star Touring & Riding) BBQ event in San Diego over 2 nights March 28-30, 2008 was a first for me on several levels. My first ever overnight adventure on a motorcycle, so I had to pack carefully as space is limited with just 2 saddle bags and a "sissy bar" bag on the back, compared to loading up the trunk of the Lexus with everything we own. I took more than enough of everything as it turned out anyway. There were going to be about 300 motorcycles and riders from a number of STAR chapters around the western USA, including ours from Orange County chapter 230, staying at the Sheraton 4 Points hotel off the 805 Fwy in San Diego. 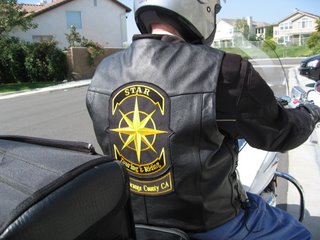 Early Friday morning, I headed for the Best Buy lot in Orange to meet Ken, a member from 230 and my room-mate for the weekend. When I arrived there were two other riders from 230 waiting as well, Tom and Ed, and so we all headed out for Paul's Kitchen cafe in Mission Viejo. Luckily I knew where it was so I took the lead. 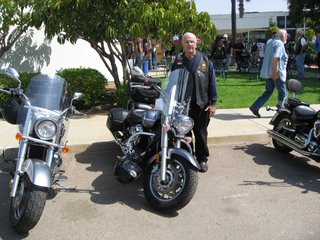 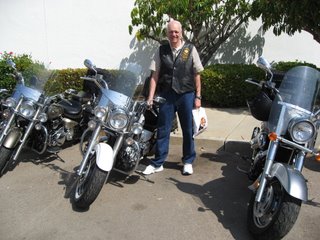 We arrived, met up with some other 230 members, including John, Joe, Stan, Wayne, who waited until we finished breakfast, then off toward San Diego we went.

Upon arriving we found the hotel to be in a remodeling condition, but the rooms were OK even if the hallways were stacked with mattresses and furniture. Got checked in and met up with chapter members from 230 and other local chapters as well. 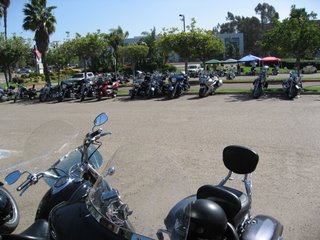 First thing to do was go over to the Yamaha factory truck and set up a demo ride. This is a real benefit to someone like me as I have only ridden the ones I have owned or at these demo rides. This time it was a V-Star 1300, the same model as Ken's new motorcycle. The guy leading the group took off and just expected everyone to follow and luckily I was right behind him and managed to keep up for the most part. A little fast but we all arrived back safely. I have to say that the 1300 V-Star is a very nice package and feels lighter and very manageable compared to the Road Star. Would not trade but it would be a replacement if something ever happened to the Road Star. 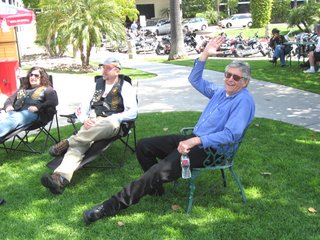 This is Wayne (from Mt. Wilson trip, and Stan, both 230 members. 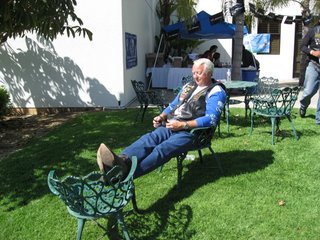 The rest of the day was mostly meet and greet other members with a formal get-together at 6 pm that night. 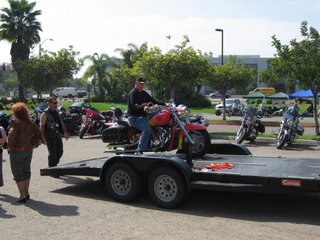 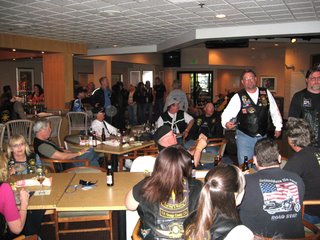 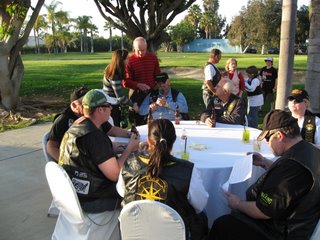 Part of the Meet and greet including Karaoke 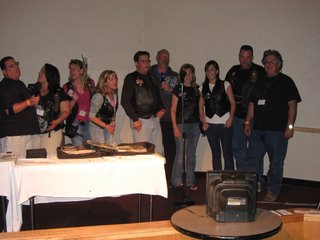 Next morning, Saturday...Poker-Run. We are given maps to two different routes and being the non-risk taker that I am, went for the coastal route over the Coronado bridge and down the coast then inland. What amazed me was a comment by a fellow rider that they did not want to go over the Coronado bridge due to the height or something. Since Ken and I had done that bridge a few weeks ago and knew it was simple, my only comment was just be careful and don't fall off the bridge as you go over it.

Ken and I discussed going it on our own but we decided to stick with a motley crew of others that didn't know the way either. We pick up two cards when we leave, then 3 other cards when we arrive back and that makes up your poker hand, highest hand wins. The trip itself was fun even though we did get lost several times including a trip down a long dead-end road around Otay lake. Turned into a great opportunity to practice U-Turns, and let me tell you some of these riders need some U-turn practice. I am not perfect but can make a "U" without putting my foot down in most cases now.

Arrived back and had a lot of time during the day to visit vendor booths, watch a dunk tank, and see some motorcycles on display. There were so many motorcycles I just got tired of looking at them if you can imagine that. 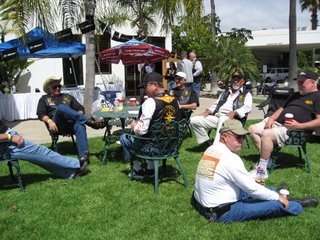 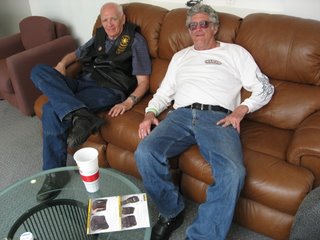 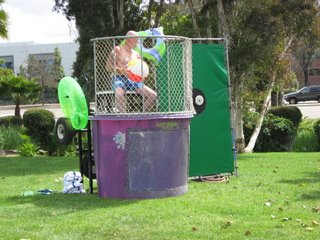 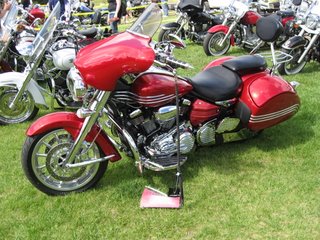 Saturday evening, there was a banquet with everyone attending including Alan Cease the president/founder of Star. Good food, but where in the heck was the BBQ? Roast beef, veggies, potatoes, no Bar-B-Cue in sight. 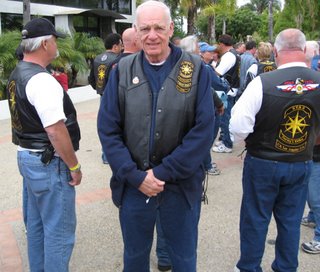 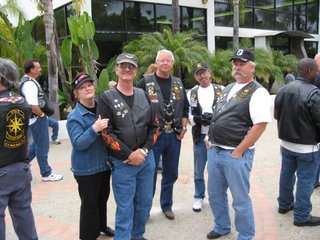 We waited in line before going in. 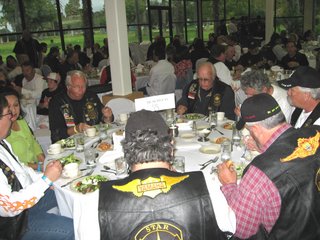 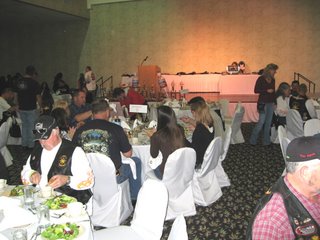 Noticed it was getting misty out so went and covered the motorcycle as best I could. In the morning everything was WET, damp, cold and we were heading home in it. About a mile or two from the hotel the rain stopped, and it all dried up.

This is not going to be my last trip like this for sure. Meeting with a lot of the members, getting to know many of them better and sharing all kinds of war stories made this a really awesome trip that I will treasure as a unique part of the motorcycle experience and lifestyle.

If you read this far, thank you for taking the time. I wish I could do these things twice, once for the experience and then again to remember to take all the pictures. 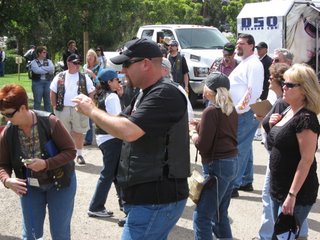 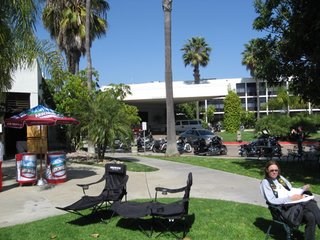