Saturday ride 5/03/08 for Chapter 230 was to the Star Ranch just off the 91 Freeway at Green River. I took Mrs. Rider and so we went by car instead of motorcycle. This was a Meals-On-Wheels fund raiser for the chapter and turned into an excellent event and lunch. Very surprised when we arrived by shuttle up at the top of a steep gravel road to find a ranch with Bar-B-Que, a little stage town and a place for all sort of activities. From the 91 Fwy you would never suspect this was up here. They are planning to make this into a party ranch and horse riding center.

We arrive just as the group pulled into the parking area in front of us next to the freeway. 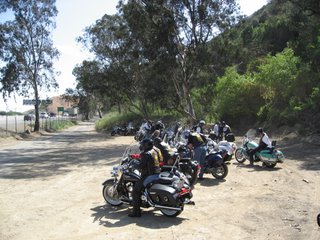 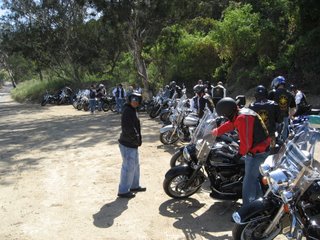 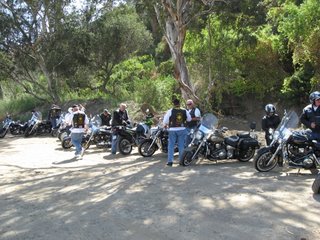 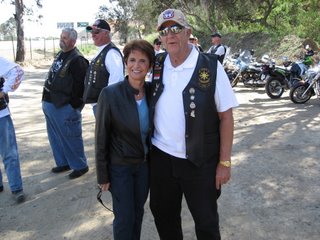 This is Ken and Jenny-Mrs. Rider 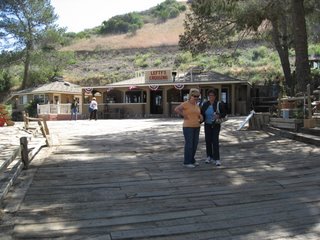 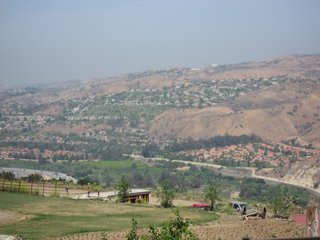 A shuttle bus takes you up to the ranch and the view is spectacular. 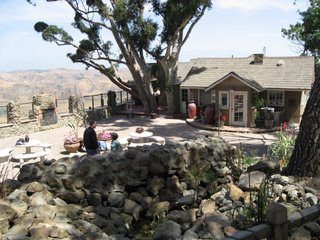 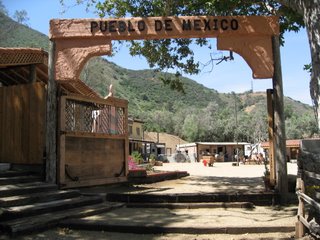 Sort of a miniature town with a church, hotel and jail. There is a fast draw shoot out station along with roping and other activities. 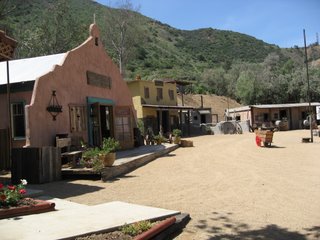 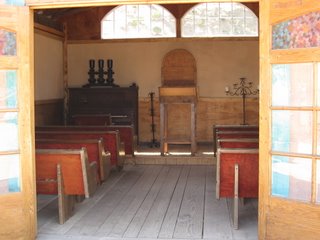 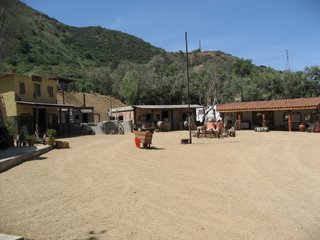 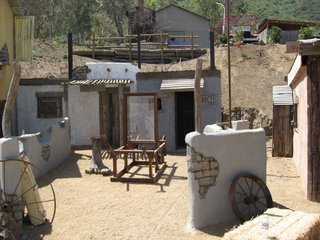 This is the wild West shoot out stand. 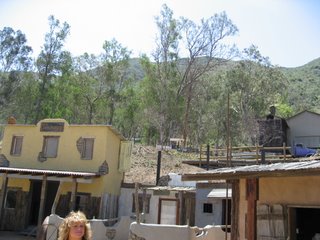 I believe that is Gail and Lynn and the other picture is the top of Lynn's head and the mountain in the background. 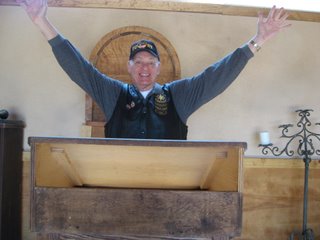 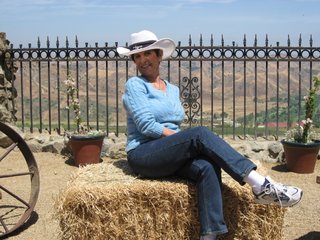 At last I found religion, later the Pope called and two Rabbi's fainted when they saw this, Jenny just had to have the new hat. 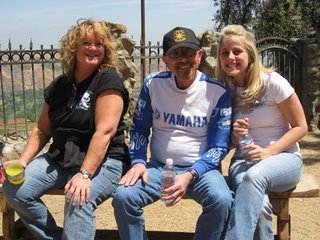 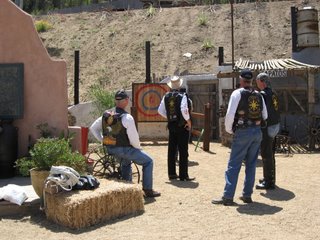 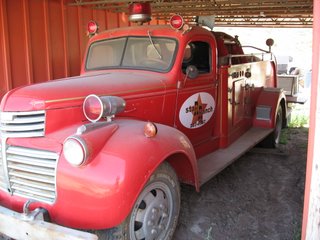 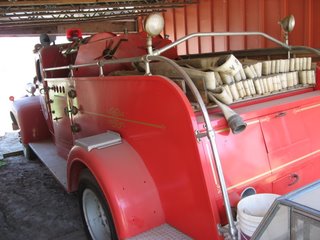 Old fire trucks, I would own one if I had the money and place to keep it. 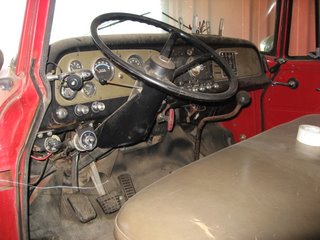 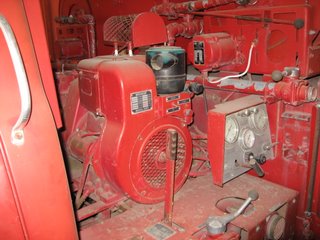 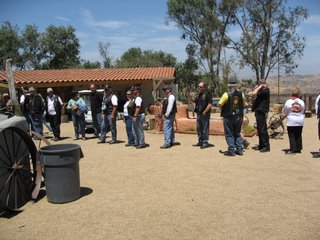 Lined up for some great food. 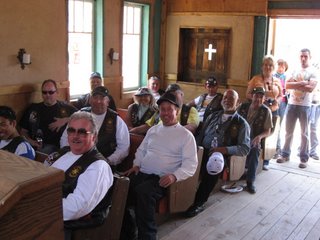 This turned into a Rescue Mission meeting, but no one was saved or needed to be. 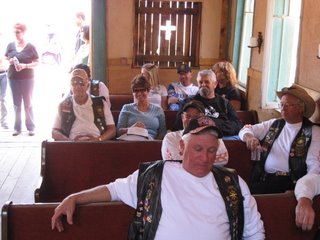 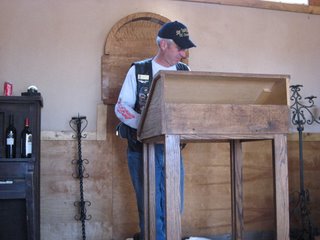 Some of the folks that helped make this a fun day even if no motorcycle was involved on my part, include Dan Dobler Chapter President, Marsha Dobler, Jerry and Patty Gehrls (she made some fantastic apple pies), Bob Barbano donating the meat, John Ruhland collecting all the money, Scott Hamilton, others that I don't know but would be glad to add if you forward their name to me. No motorcycle miles but a very enriching day for us. I have not been part of anything like this STAR chapter that I find so rewarding. Plus we raised $1,200 for the Senior center in Orange.
Posted by Richard at 10:00 PM