View Larger Map
This was the regular 1st Saturday of the month chapter ride and the route took us to the town of Ojai and beyond. If you look at the map, you will see Ventura and Hwy 33. Follow 33 up to Ojai (FLAG B), it's about 115 miles from our starting point. For my next personal ride I want to continue on Hwy 33 on up to Coalinga from Ojai, but that will be another time. 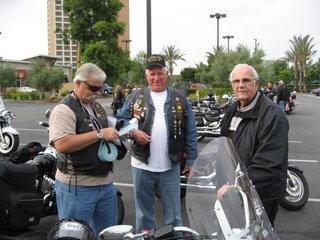 Here's John (left)collecting money for the raffle, Johney in the middle and Ken on the right. 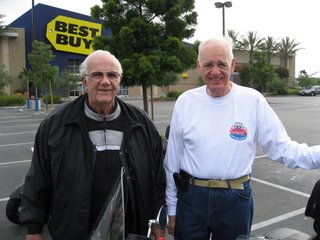 This is Ken and Richard, between the two of us over 140 years of experience at something or other.
We assembled the usual cast of characters for our Saturday ride and all went very well. Not too cool along the coast and not terribly hot when we went inland to Ojai and on to Moorpark and the 5 freeway south coming back. 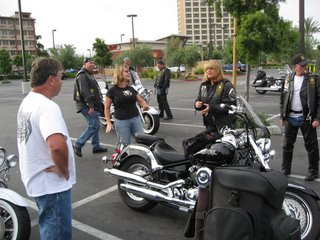 There is Lynn, see above on the right, she has her own Blog and it's a winner 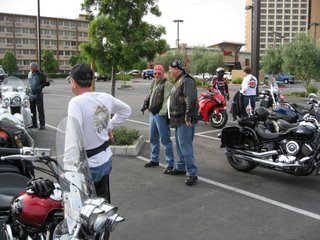 Here's Tom and Ed from Chino... 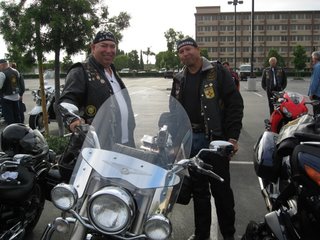 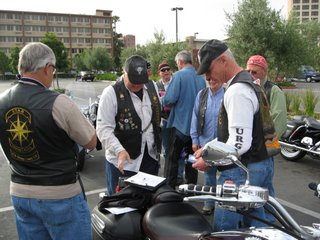 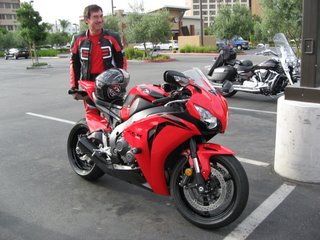 There were several new additions in the way of motorcycles including Jim McLain's Honda CBR1000RR. This is basically a bullet you can ride. I noticed his tires were worn from one side completely over to the other, there were no "chicken strips" as their called. 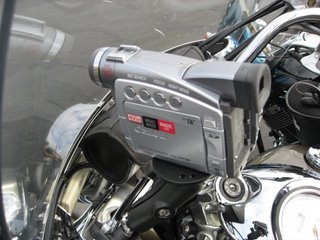 A video camera to record ride videos, too cool. 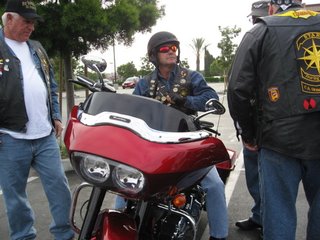 Here's Glen with a brand new Harley Road Glide. Beautiful pearl red paint job. I think it was spending like this that caused Ed McMahon to finally lose his home. Good Luck Glen! 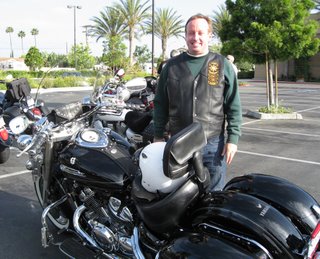 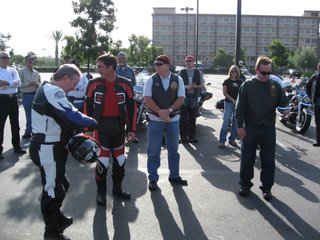 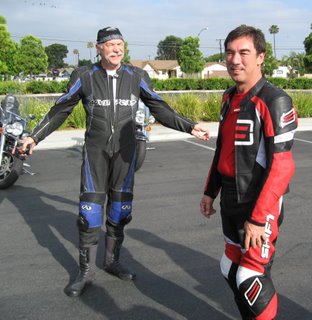 These are either sport bike riders or Japanese game show contestants, but it's the last time we saw them-they took off and were gone. 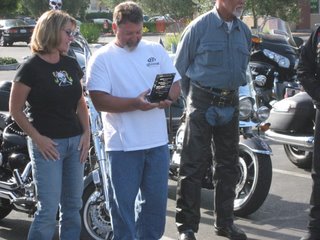 Chapter was presented with a plaque for our donation to the Orange Seniors Center. 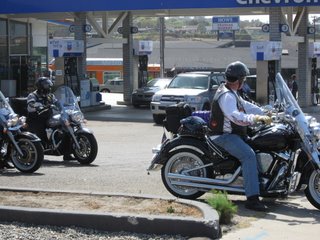 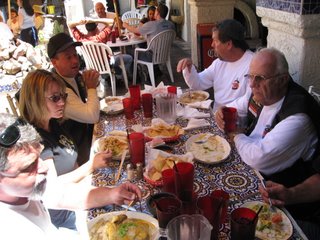 Arrived in Ojai and ate lunch at a Mexican Restaraunt, there was an Italian restaurant right next door. 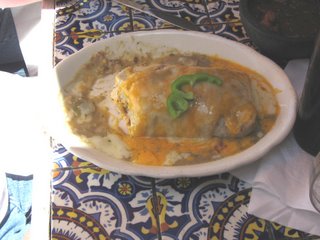 This is a BIG burrito even after partly eaten. 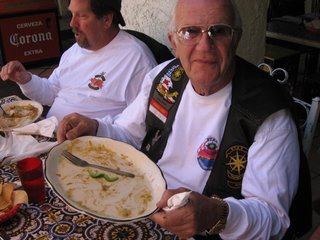 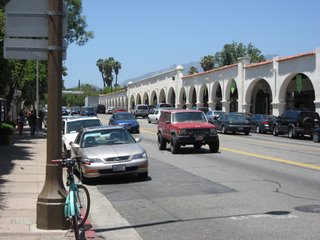 Downtown Ojai, the excitement is too intense for words. 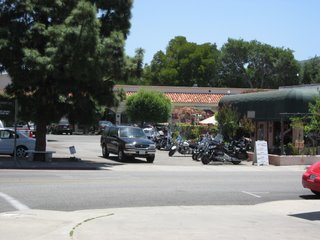 View of the restaurant parking lot. Everyone arrived back at the El Torito parking lot about 4:00 pm. No heat problems were encountered that I was aware of, but I was tired. The new Under Armour T-shirt I was wearing really helped keep me cool. Drank plenty of water and GatorAde to keep hydrated.