This was our longest trip as a regular chapter Saturday ride and probably the highest at 8,300 ft. on top of Mt. Pinos near Frazier Park, CA. We left the parking lot at Best Buy in Orange as per usual with our cast of characters including some members from the San Juan Capistrano STAR Chapter 422 including Marge and Colin, Leonard and Joyce, and Connie, we also welcomed Ed Palaoro Jr. on his brand new red Raider. We also had back on a ride Mike and Sue Guzman and Brian and Rebecca Beach . 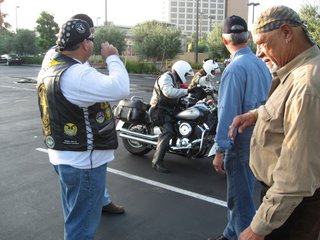 That's Dave in the brown shirt. 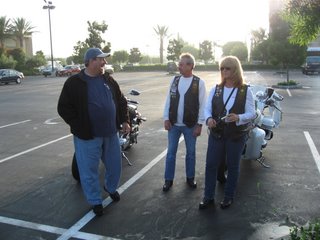 There's Barry and Lynne, with Ed (Raider) to the left 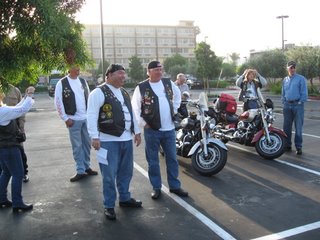 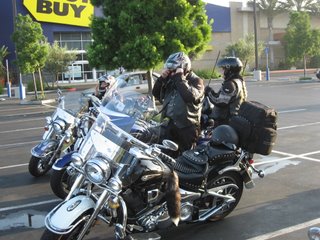 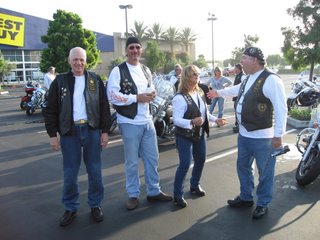 I tried putting the whole batch of pictures on the web using Picasa, but the response seemed to be less than enthusiastic but will try again, plus putting a number of them on here as well. 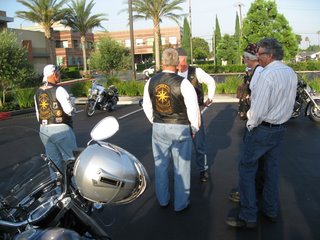 HERE IS THE ROUTE MAP...GREAT ROADS INCLUDING HWY 33 AND LOCKWOOD VALLEY ROAD WHERE WE MET UP WITH THE ROAD TO MT. PINOS NEAR FRAZIER PARK.

View Larger MapThe route takes us up the 101 to Hwy 33 outside Ventura heading towards Ojai. After a slight course correction just before Ojai, where we almost turned up the wrong street we got back on track and stopped for gas. 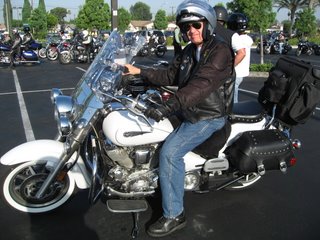 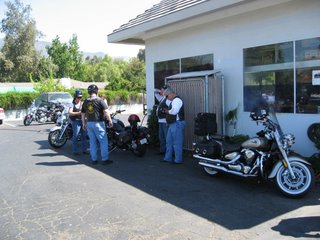 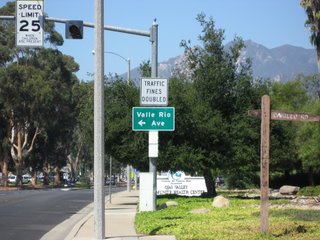 Leaving Ojai we start heading up into the mountains looming in the not too far distance. This is the road trip I wrote about in an earlier topic about a great mountain road that is a real challenge due to it's length and turns. 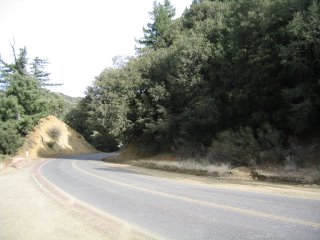 A couple Hwy 33 photos taken off the internet. 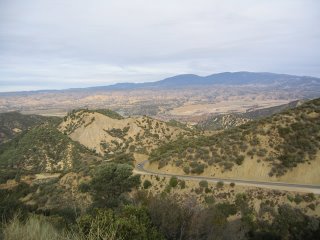 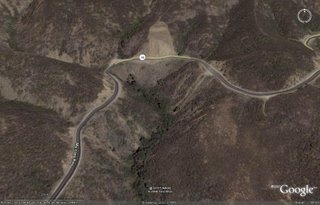 I don't really remember these turns but I know we did them. I should not look at Google Earth BEFORE I go on the trip. 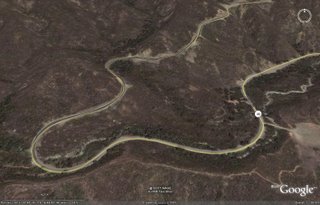 We arrived at the top of the mountain after a slight delay due to one of the riders taking a bit of spill going into a downhill turn. It happened right in front of me and I basically saw the whole incident. Suffice to say I did not want to take any pictures as it was a bit traumatic, but luckily the rider came out in great shape all things considered. After some roadside quickie repair we were back up and riding off with everyone in good condition and no major damage at all. 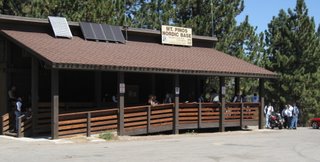 Everybody from groups 1 & 2 were waiting for us. 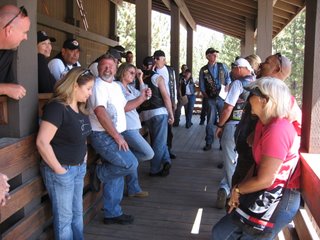 After a few minutes I started getting a bit light headed and dizzy at the top and had to sit down. Between the heat and high altitude it caught up with me for a while, plus we had not stopped for food since early that morning and it was heading toward 3:00 pm 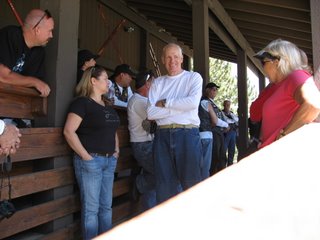 A quick trip down the mountain and we headed for lunch with a choice of BBQ or Mexican, I went for BBQ. 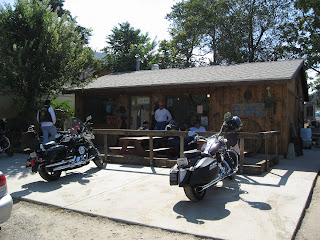 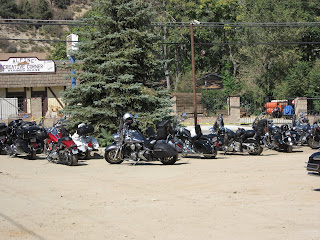 Parking lot was all dirt, but we all headed out toward the 5 fwy and gas. Leaving the gas station and heading up the 5 Fwy we passed a Tractor-trailer on fire. The tractor/cab was fully engulfed and basically melted to the pavement with flames and heat shooting across the road right toward us. After passing that we ran into a brush fire with helicopters flying overhead dropping water, we were nearly right under it as it flew over dropping it's load of water. 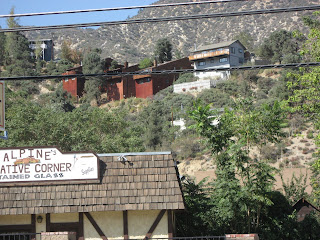 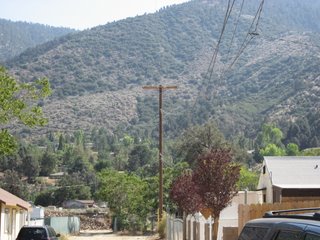 Time to head back to Orange county and home. Total 350 miles, arrived back about 6:15pm. All the pics are back and we are in business.
Posted by Richard at 7:34 PM