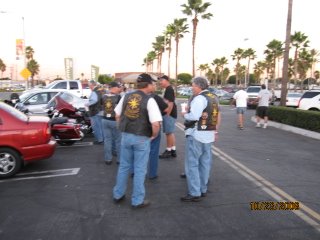 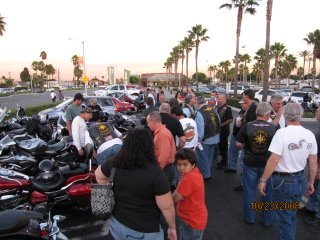 This was a BIG Bike Night meeting at Portillo's Hot Dogs in Buena Park for Chapter 230 since we were meeting with Yamaha corporate people and a few attending from Chapter 345 in Riverside. We had a couple new members attending and a whole lot of the regular members including Friends of Stan group and some that rarely show up for weekly meetings. There were 60+ total people/riders and a lot of motorcycles and it was a fun evening with prizes for answering trivia questions hosted by Joe Cagley from Yamaha. I even won a shirt for knowing about the Mammoth Caves in Kentucky. Big bunch of pictures so enjoy. Too many members to remember all the names. 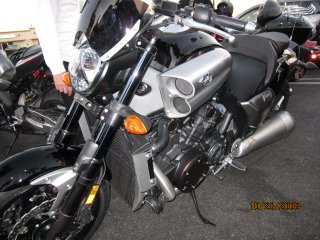 This is a new V-Max from Yamaha and it's loaded with 200 hp and lots of gadgets. 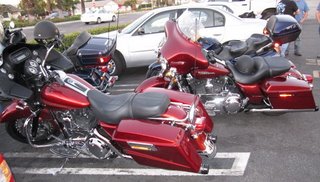 This is supposed to be a Yamaha group, but there are two Harleys, a Honda and just one other Yamaha in this bunch. 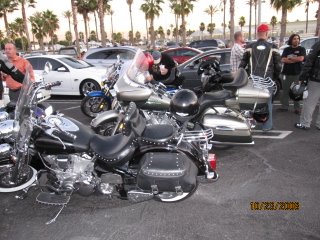 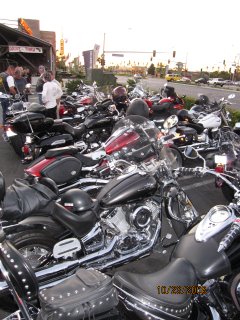 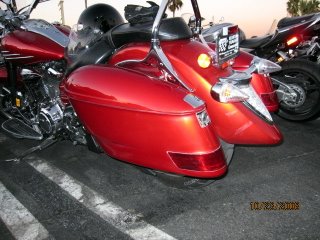 And another Harley, a blue Glide of some sort, apparently the economy is doing better than we thought. 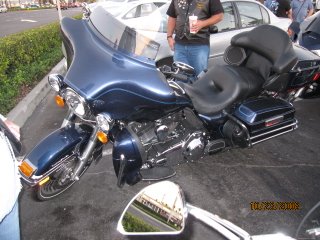 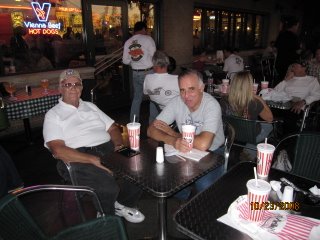 Here's Ken and Jon visiting for the first time. 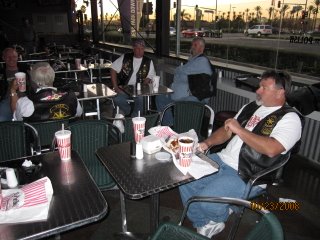 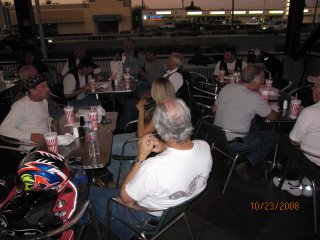 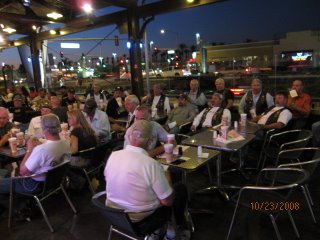 Waiting for the Trivia contest to begin and some free prizes courtesy Joe Cagley and Yamaha. 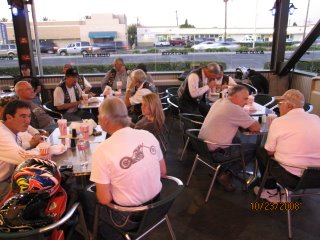 Posted by Richard at 9:43 PM No comments:

Back up on two wheels and riding

This is me on the Road Star heading for another bike night a week ago from today's date.
Due to a very unfortunate event on the way to Bike Night about 6 weeks ago I have curtailed most of my riding until now. Details are just too unpleasant to get into but I can report that we (me and the Road Star) are back and out riding around. Since we know motorcycles can be a very tricky and demanding sport it is vital to stay alert and on top of our riding skills at all times on the road. I was tested and did not do so well and the recovery has been slow.
Posted by Richard at 9:26 PM 1 comment: