Today Saturday, 12/06 our regular chapter/group ride was to the IMS motorcycle show in Long Beach. This is my third year visiting the show but the first on a motorcycle, and my first group ride with Chapter 230 in 3-4 months. Between taking a spill and a kidneystone, my riding has been limited for the past 4 months or so, until the Death Valley trip detailed below. The show is mostly a showcase for the major motorcycle manufacturers along with various vendors for all kinds of products.
The ride started out with a meeting and vote for next years president which happens to be Dan our current president who is running unopposed and for good reason. He's doing a good job along with Terry for VP. 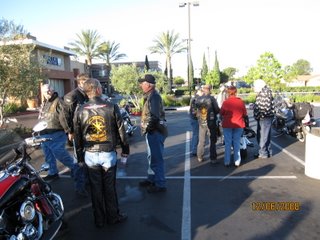 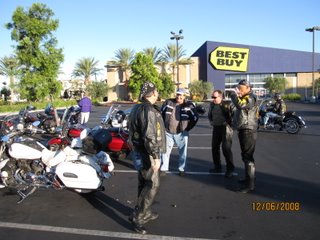 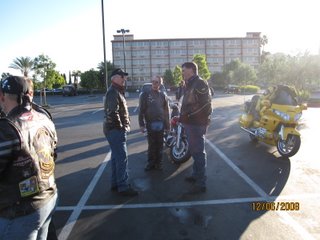 Our usual gathering place in Orange. 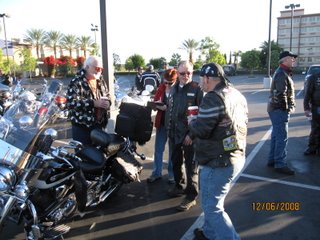 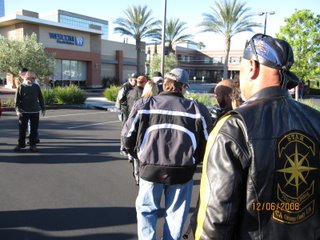 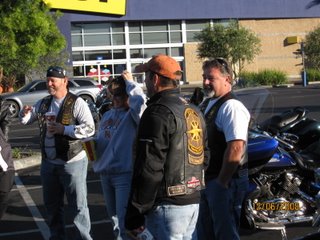 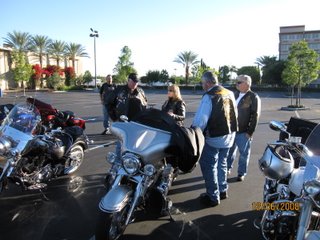 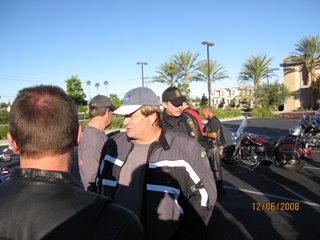 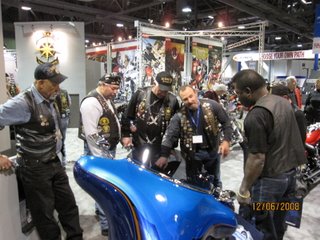 We arrived at the L.B. Convention Center and head for the Yamaha booth. That's Bob Barbano trying to sell a Yamaha. 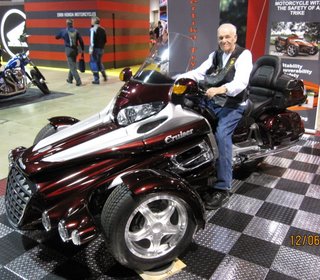 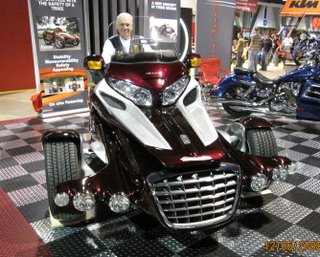 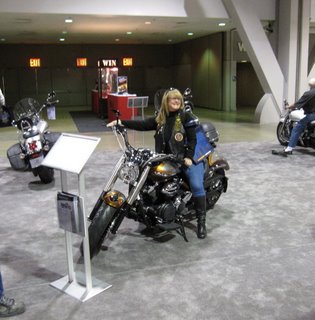 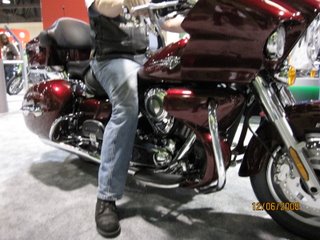 Here's the new Kawasaki Voyager 1700 with Ken trying to figure out how to pay for it. 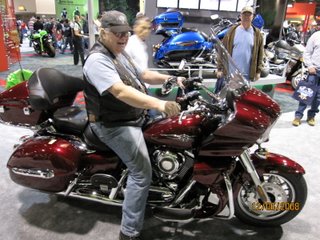 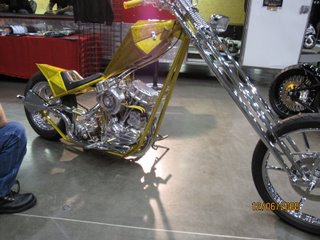 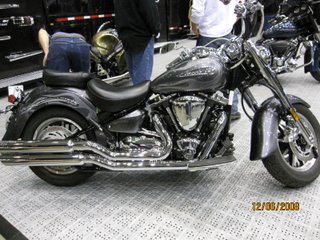 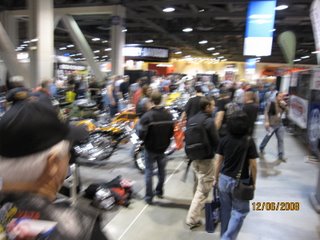 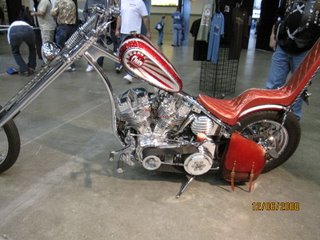 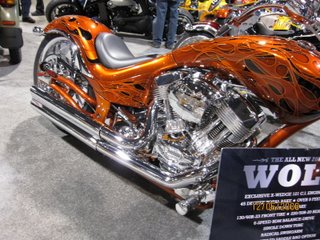 Kids as little as 5 years old. 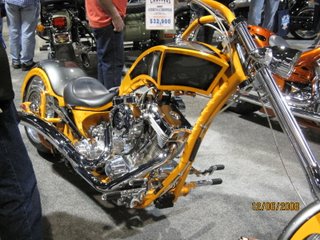 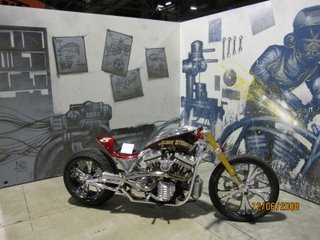 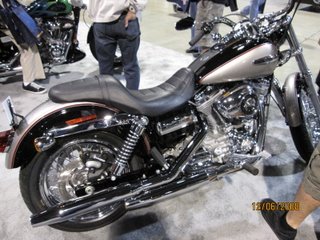 This is a Harley Davidson Motorcycle, it is a token picture just to show I am not biased. 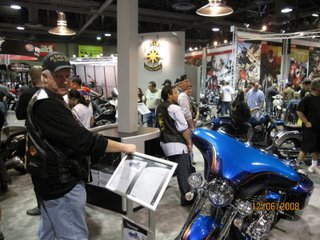 There was a Road Star Midnight on display with over $9,800 worth of extra chrome/billet custom add-ons and it still had room for more, total cost was around $23,000 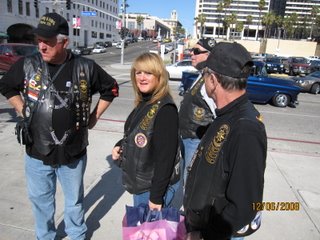 Taking a walk over to Islands for lunch. 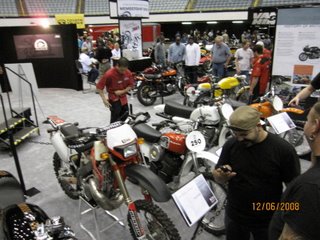 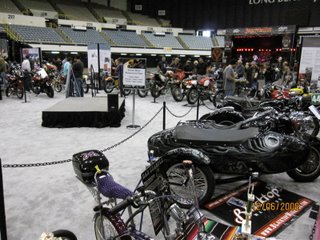 Lots of collector and antique motorcycles. 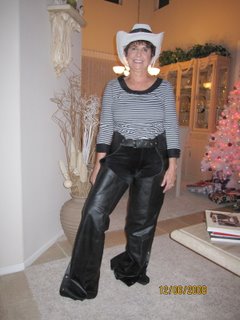 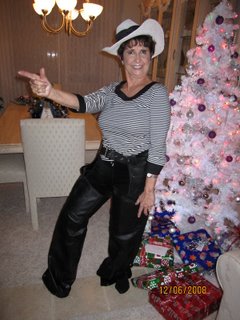 Now we saved the best for last...I bought a pair of leather chaps to wear over my pants on those cold/wet rides in the coming winter. Got a pretty good deal I thought, paid $60 for them at a booth as Johney and I wandered around. guess who had to try them on? That's Jenny trying the much too tall chaps on. Now we all promised not to laugh, but....
Posted by Richard at 7:46 PM