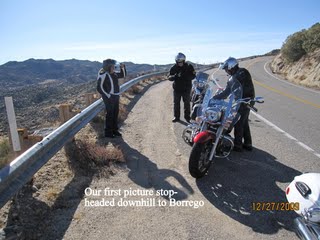 Early Sunday morning just after Christmas and it's rather cold & nippy out so why not head into some really cold areas like Warner Springs at over 3,000 ft., and the town of Julian in North San Diego county at over 4,000 foot level with the desert town of Borrego in the middle. First thing to do is meet Ken at Denny's for breakfast and when he arrives learn that he totally missed Chapman Ave. and headed out to the 55 Fwy somewhere. No problem, we were still the first to arrive at the meeting point in the Best Buy Parking lot. Looks like it's Ken on his V-Star 1300, Luis & Minita on their V-Star 1300 and me on the white Road Star.

I made sure I would not be cold on this outing and put on the Tourmaster Sabre Jacket with liner, a fleece jacket under that, neoprene face mask, Cold-tex gloves with liners and base layer leg liners. Hands got only a little chilly but no where near freezing cold as in the past. I'm finally figuring what gear works and when.

We head out up the 57 Fwy to the 91 east and then turn south on the 15 Fwy toward Temecula. At route 79 we exit toward Warner Springs and the turn off to Montezuma Valley Road
View Larger Map 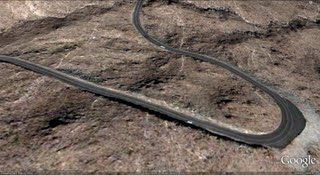 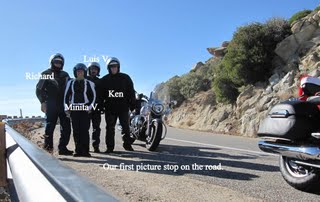 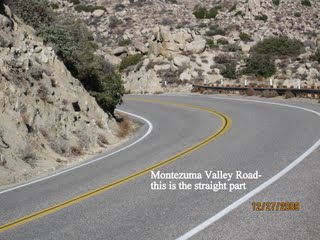 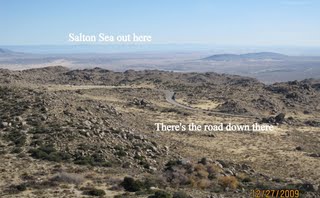 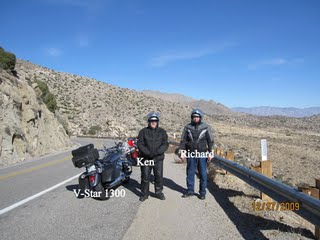 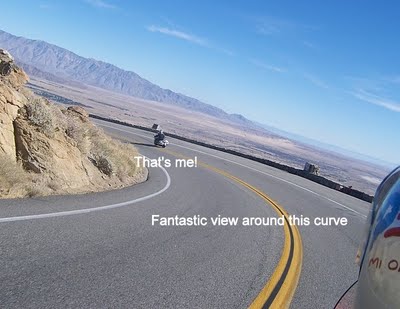 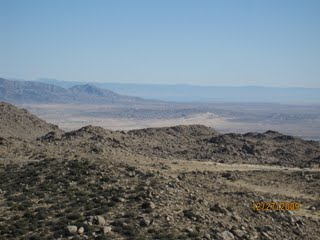 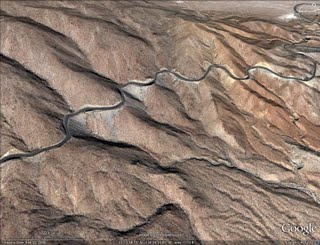 Montezuma Valley Road gets rather steep and twisty as you drop down into the Anza Borrego desert area, with a spectacular view of the desert floor. 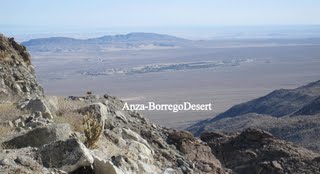 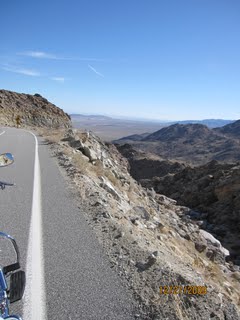 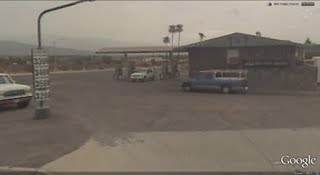 On arriving in Borrego it's about 11:30 and we stop for gas, but I need less than 2 gallons. 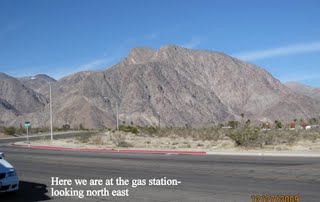 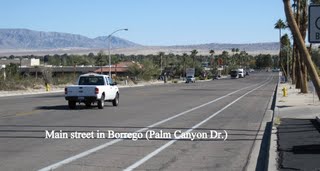 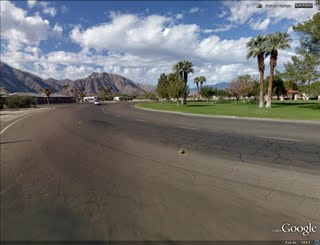 This is the traffic circle. 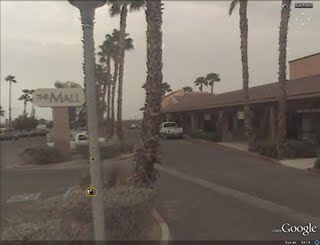 There's even a mall in town-"The Mall" 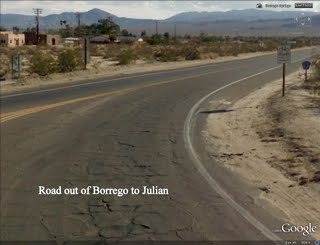 Road heading out of Borrego

After a break it's off toward the mountain town of Julian via the Banner Grade and hopefully lunch. 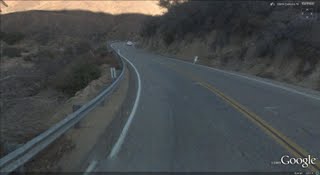 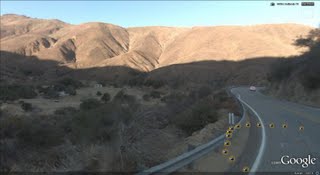 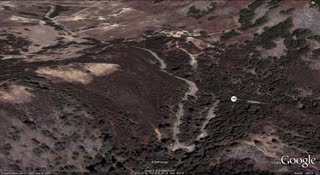 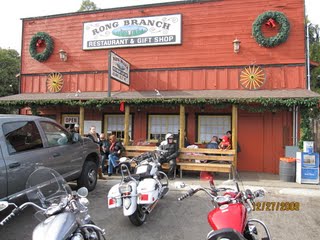 In town it's really jammed with Sunday sightseers. After circling the block we find a spot in front of the Rongbranch restaurant. I thought we were lucky to find a spot right in front to park but after eating the food, I'm not so sure. A review of the Rongbranch would justify the name of "WrongBranch". I ordered a hamburger, it was OK. 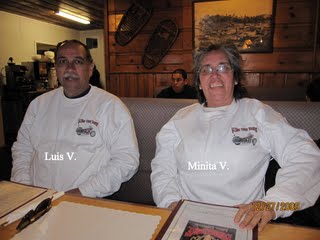 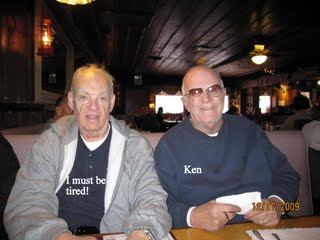 We head back toward Warner Springs on the 79 but first stop at an Indian Casino that is fairly new off the road to Warner. They have a Sunday buffet and maybe we should have tried that, but we can always come back at some other time. 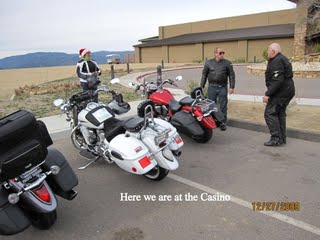 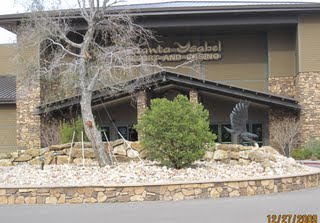 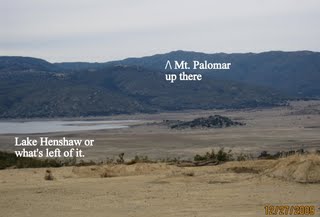 Out the back patio at the casino looking over Lake Henshaw (what's left of it) and over to Mt. Palomar

I was in front for most of the ride and after questioning both Ken and Luis find that they are very happy with the pace I set while in the really curvy parts of the road, both down into Borrego and going up the Banner Grade to Julian. I hope they really mean it as I was happy with how I handled the turns and curves and only once did we have to pull over and let a couple cars zip past us. There is always someone that wants to go faster. Oh yes, we did get a fly-by along the way from two sport bike riders that just flew past over a double yellow. It's amazing how much straighter the road gets when you know how to take the curves by pushing down on the handlebars and using counter-steering, although I am still slower than other more experienced riders. I believe in "ride your own ride".

We stopped at the same Mobil station in Temecula and after a quick $6 worth of gas, it's up the 15 to the 91 and then home. Total distance for me 295 miles start to finish, and about 8 1/2 hours total time.
Posted by Richard at 9:12 PM

This is really an intersted blog......Thanks for sharing with us. Dealership Software