Phillippes, Glendora Mountain Road and back...

Today, Saturday June 26, 2010 Wayne and I meet at Denny's Parking lot in Brea FLAG 'A'.  It's 8 AM and we head out to famous Phillippes on Alameda in downtown LA, FLAG 'B' on the map.  I have breakfast and he has the famous beef dip sandwich.  I'm not sure it's worth the ride into L.A. especially for breakfast.  It's always enjoyable going on a ride with Wayne and adventure is usually just around the corner somewhere. Ok, follow along the FLAGS on the map.  Leaving Phillippes, I was able to figure out on my phone where the on ramp to the Pasadena -110 Fwy was, but actually finding it was a bit of a challenge and involved our first U-turn and go back to finally get the right on-ramp.

View Larger Map
We ride up the Pasadena Freeway to the 210 at FLAG 'C' heading east to Hwy 39 in Azusa at FLAG 'D' on into Azusa Canyon, where we turn at FLAG 'E' at the East Fork turn-off. 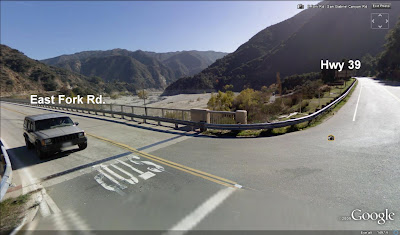 There's lots of water in the reservoirs along 39.   We fly past FLAG 'F' heading towards the turn to Glendora Mountain Road and on to FLAG 'G' for a quick stop.  At this stop we can turn left toward Mt. Baldy on what is basically a lane and 1/2 road with no center line, or we can continue on GMR down to Glendora itself.  we take the road to the right and Glendora. 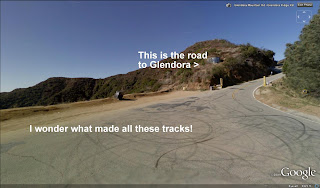 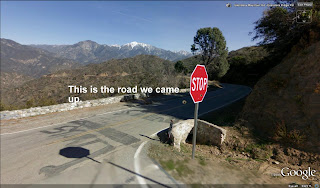 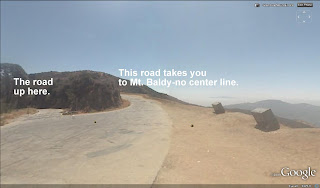 After leaving the rest stop at FLAG 'G' we pass a group of sport bike riders that left before us and I see that one rider was off the road and into the dirt. His buddies are there so we do not stop. Did not look too bad but Wayne did not notice there was a crash involved. Further on down we pass some bike riders on the side and it looked like one of them had gone into the dirt as well and was fixing his tire or wheel. 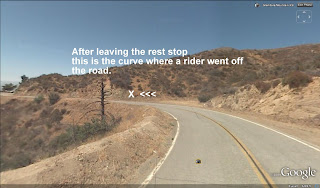 This is not a road to lose concentration on by any means.  Wayne was setting the pace and it was steady, conservative and I could keep up.  It is definitely curvy and tight in a number of spots.  As we drop into Glendora at a stop sign a large group of cruiser motorcycles starts heading up the road.  A number of sport bike riders flying around the curves passed us going up as we were heading down hill. 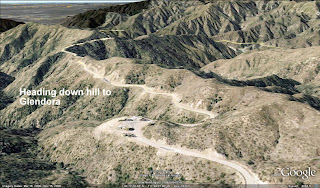 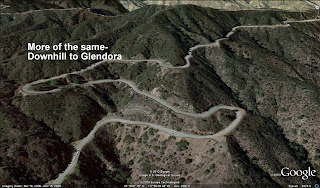 If you look further on the route line to FLAGS 'H-J-K' that is where I lost Wayne.  We got on the 210 Freeway thinking the 57 South was to the east...WRONG.  So I signaled what I thought meant "U-Turn" and got off the freeway at the next exit and then re-enter west bound, but Wayne decided I did not know what I was doing and kept going east on the 210.   I was right but no idea where Wayne went.  He eventually figured it out and headed home as well.   According to Google Maps it's about a 115 mile trip altogether.
Posted by Richard at 1:15 PM