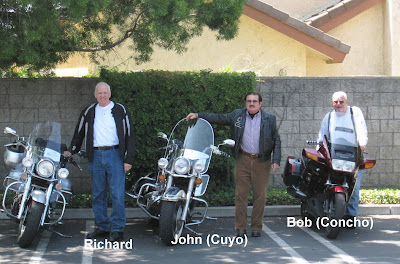 Three motorcyclists with a combined lifetime total of 216 years of life experience and well over 60 years or more of motorcycle experience decide that Ventura Harbor has a good fish restaurant.  Actually, Bob-"Concho", came up with the idea and location for this mid week ride for food.  Everybody contributed to some aspect of the ride, as John R. "Cuyo" came up with the idea to go counter-clockwise and ride up on the 210 and 5 Freeway to Hwy 126 through Fillmore and Santa Paula to the Ventura Harbor and then after lunch, ride back on Hwy 1 through Malibu to Santa Monica and home.  I furnished Google Maps.  The idea was that it would be cooler on the coast for the ride back and it all worked.
This is our second midweek ride for the same three guys, all about the same age and the same attitude about riding, safety and having a good time.  If you are reading this and want to join us on a weekday ride let me know so I can put you on our notification list.  Requirements for membership are rather...Oh wait there is only one requirement.  Ride a motorcycle and show up for the ride.  Or is that two requirements?

We stop in the town of Fillmore just for a quick break, took the picture above, and then on to Santa Paula to see about a motorcycle museum.
SANTA PAULA MOTORCYCLE STATUE, PLAQUE AND OTHER PHOTOS: 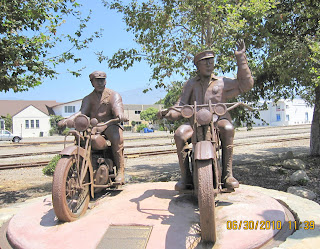 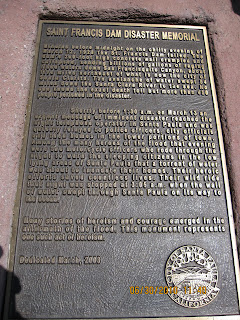 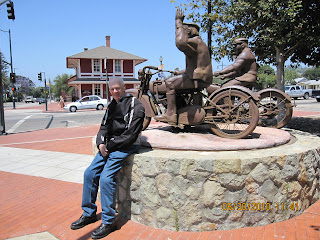 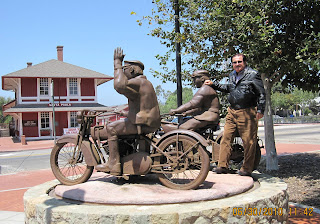 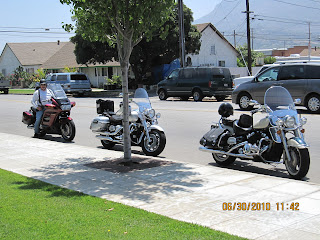 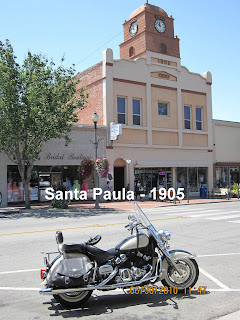 Did not locate the museum, but we did find a unique statue of a couple motorcycle riders and rode through old downtown Santa Paula.  From Santa Paula it's just 22 miles and we are at the Ventura Harbor and the Fish Market and restaurant. 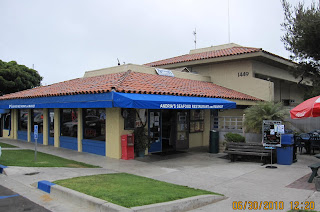 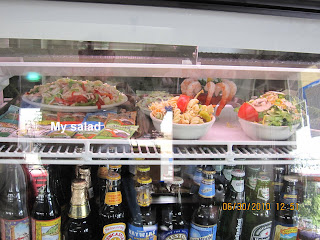 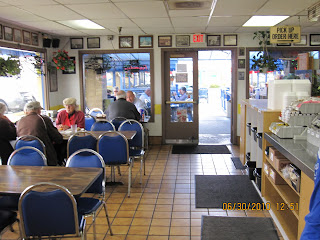 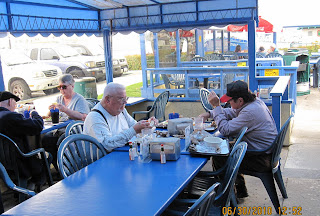 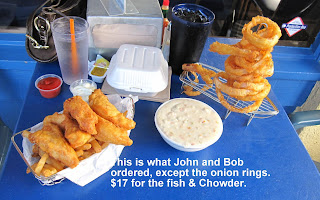 I forgot to get a picture of the Fish and Chips so I went and asked a couple if I could take a picture of their lunch.  They also ordered the onion rings.
I ordered a seafood salad and got a nicely done salad with lots of various sea food on it.  My two partners decided to go big time and ordered a BOWL of chowder (not the cup) AND an order of Fish sticks and fries.  They could have ordered just one and split it and had more than enough.  All I can say is I hope they get on a treadmill or something to work that off.  Some harbor scenes. 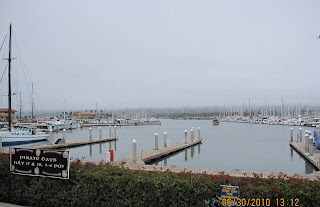 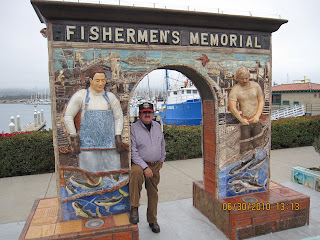 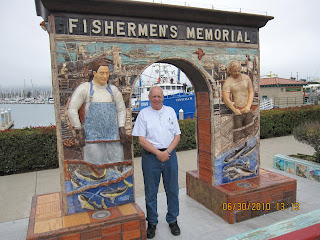 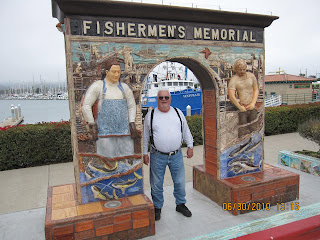 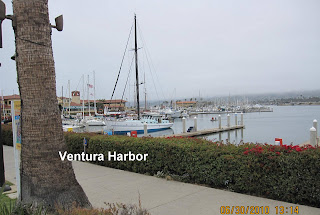 The return ride is pleasant with a couple stops for pictures and a rest stop in a shopping center near Pepperdine University.  This is a big rock on Hwy 1 and a quick photo opportunity.... 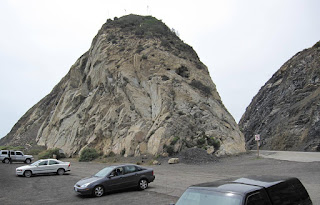 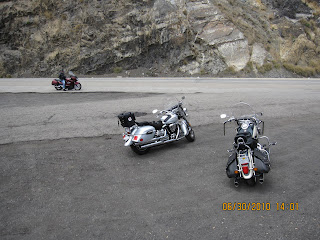 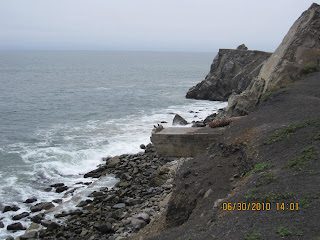 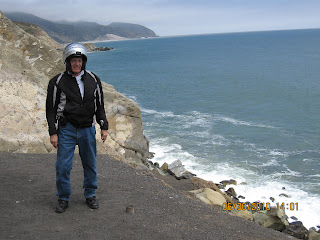 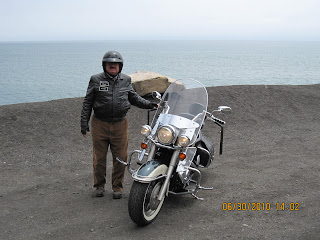 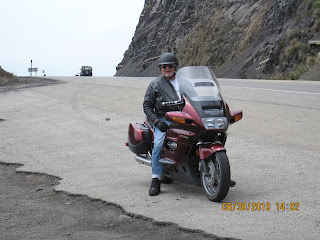 Time for a break so we stop at a small shopping center across from Pepperdine University and take a few pictures along with an encounter with a pet Bearded Dragon Lizard. 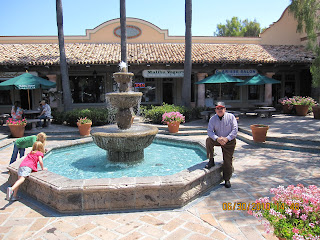 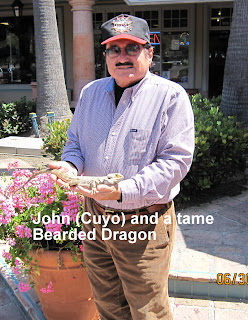 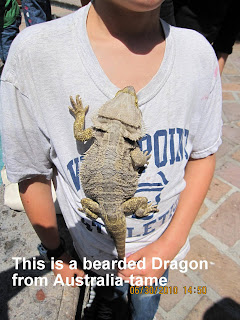 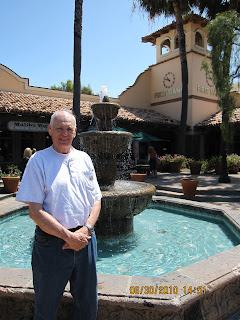 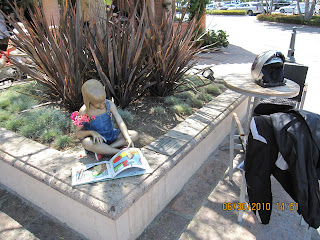 But wait, it gets interesting a little later on.  John and I stick together on the 10 Fwy heading east, but Concho-Bob takes the 405 Fwy south towards his home in Buena Park.
The 10 Freeway as you can imagine is solid metal for miles ahead of us from Hwy 1 in Santa Monica.  After several miles we decide to split lanes and off we go with John in the lead.  It's great having him up front as he is very knowledgable and experienced.  If traffic is stopped or barely moving we cut between the cars otherwise we fall in with traffic as it picks up along the way.  I think on this one ride I passed between more cars than on all the other times I cut through traffic.  It really made the difference between sweltering in the heat or moving through the air and piling up miles.   We make it to the 57 Freeway where John peels off and I continue on to Orange County in order to get ready for our STAR Flag night in the City of Orange.  About 240 miles for the entire day.  Average fuel usage on this trip was about 42 miles per gallon.
Posted by Richard at 10:10 PM