Every Thursday at about 6 PM, except the 4th Thursday of the month our splinter group called F.O.S. or Friends of Stan, meets at a different location during the month.  The 4th Thursday is STAR Chapter 230's actual official Bike Night and meets at Portillos in Buena Park.  All are welcome and there are no requirements regarding a motorcycle.
Tonight it's Blakes BBQ on Mira Loma just west of Kraemer in Anaheim.  In attendance are Johney, Stan-our de-facto leader, Barry, John with his wife Teresa as a special guest, Glenn, Brian, Chuck, Charlie and Richard (me), then Wayne finally showing up at 7 PM.  As usual it's a great group of friends discussing rides, motorcycles, the latest news events and lot of other stuff.  We had Two Harleys (pictures below), A BMW, A Suzuki-C90, one Goldwing and the rest Yamaha's either Roadliners, Stratoliners or Road Stars. 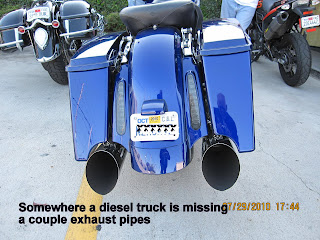 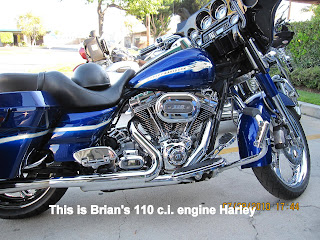 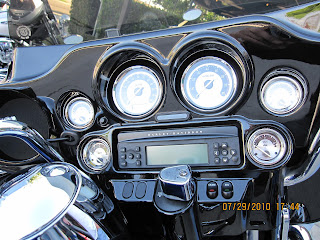 The dashboard on Brian's Harley(Blue one) is impressive. 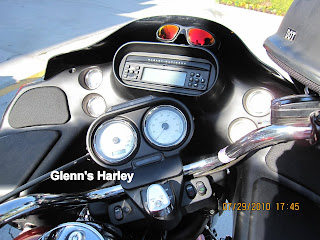 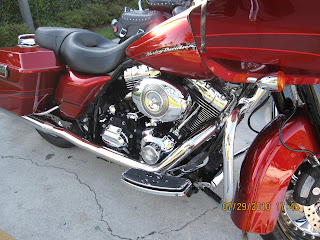 This is Glenn's red Harley. 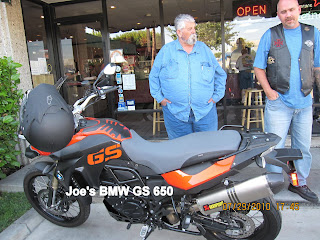 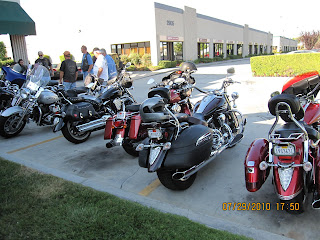 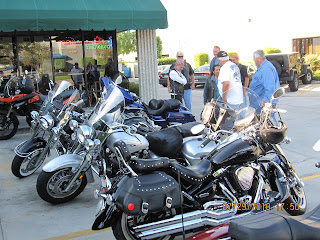 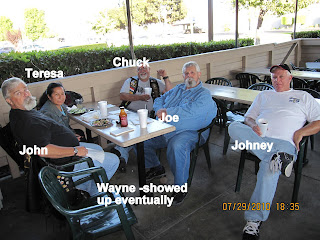 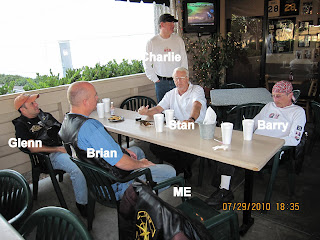