Thursday August 19, 2010 rode to Norwalk to help escort the Vietnam Moving Wall listing all 58,159 young men and women who gave their lives for our Country, to the exhibit location near City Hall.  This was a quick and short escort but I thought it was worth the effort.  A number of Patriot Guard Riders plus others showed up and we had a police escort for the entire 2/10ths of a mile ride.  There were a number of Harleys there for sure, so this being a motorcycle blog had to get a few pictures of motorcycles and they are mostly Harley's of course. 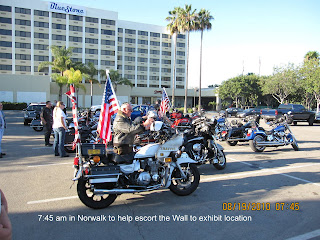 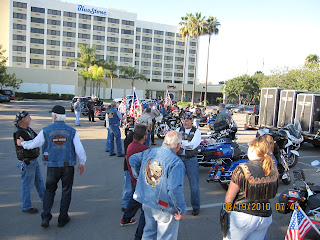 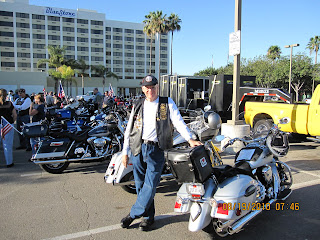 I was the only STAR member there. 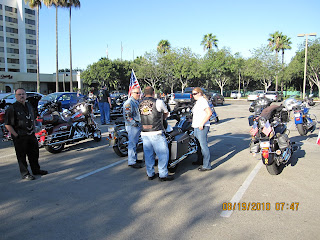 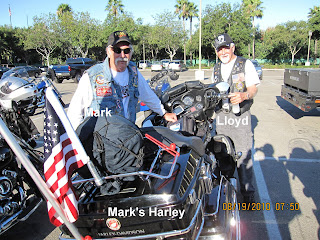 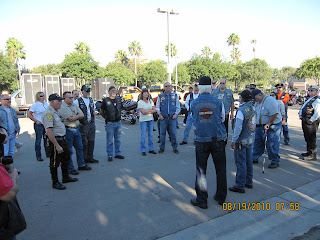 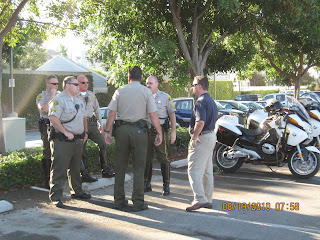 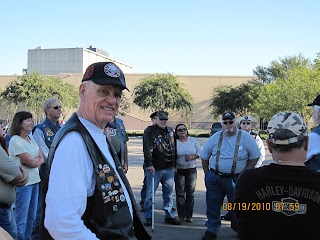 Bob Arthur in the center and the Mayor of Norwalk to his left.  Pre-ride briefing including refueling and restroom breaks for our 2/10ths of a mile ride. 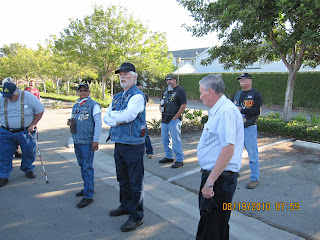 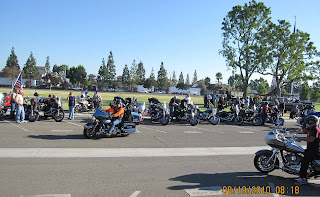 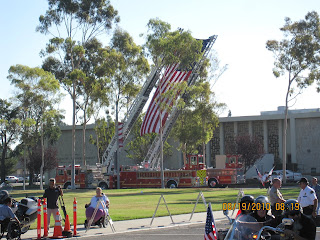 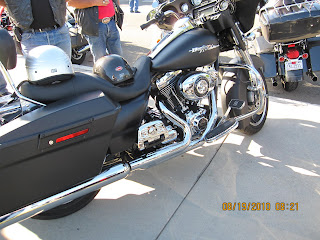 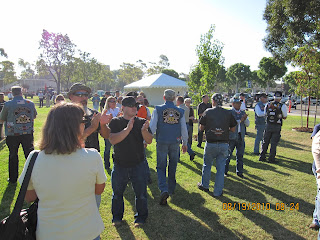 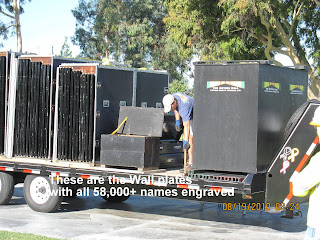 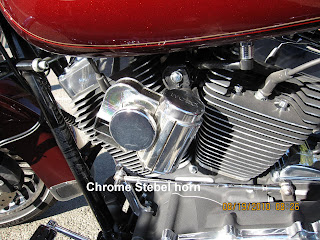 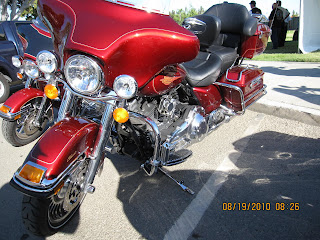 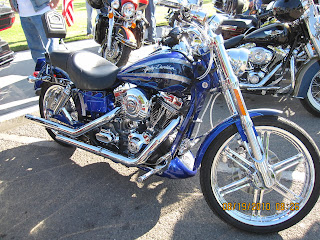 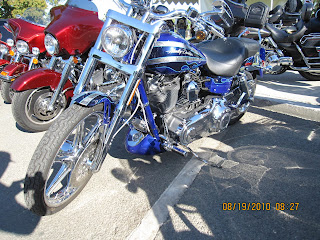 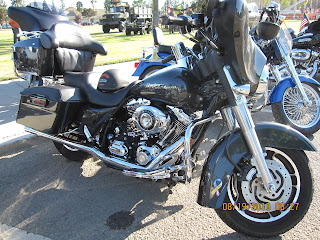 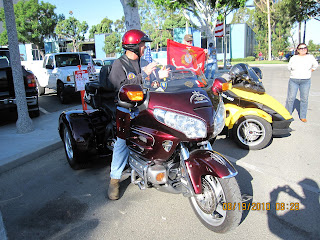 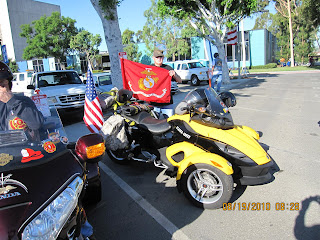 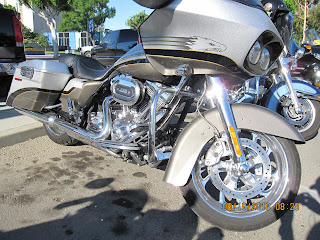 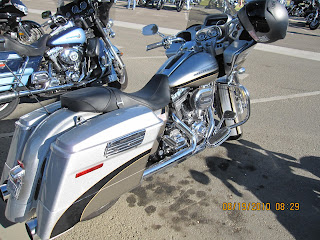 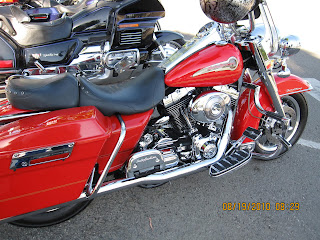 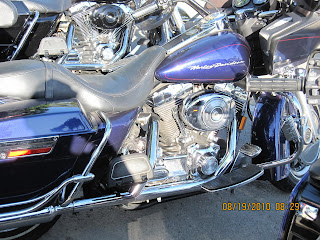 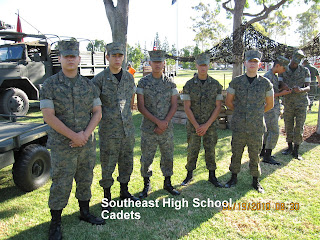 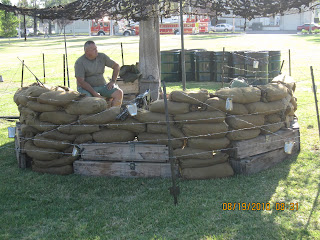 And one last Harley, there was at least one Honda there somewhereplus my Road Star and a couple trikes. 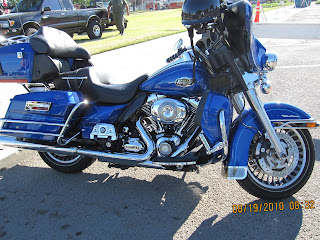