We finally get Bob (Concho) to Tip Top for breakfast in Carlsbad.  Tip Top off Mt. Palomar Airport Road, has become a favorite breakfast run probably because they do a great job on breakfast and sandwiches as well.  After several missed opportunities due to weather or scheduling our week day rider buddy, Bob on his Honda ST 1100 finally gets to Tip top. 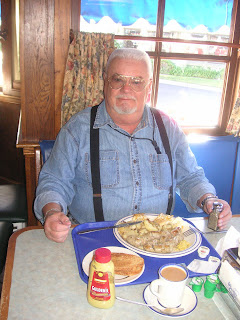 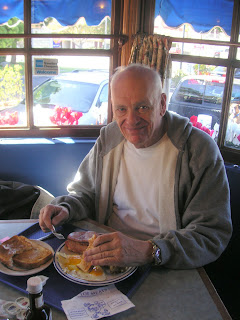 Naturally Bob orders the "Big John" breakfast with Bratwurst, 3 eggs, hash browns and toast for $7.95, BUT you get to go back and order more meat such as bacon or ham or other sausage.  That's a deal.  He was more than pleased with the breakfast.  After breakfast of Ham and eggs, I buy my usual corn beef and a package of Landjeager sausage. 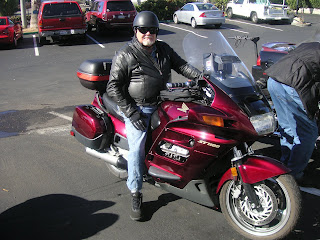 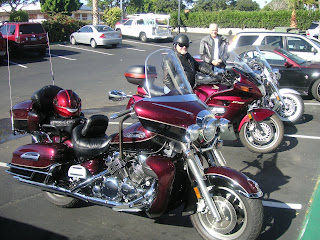 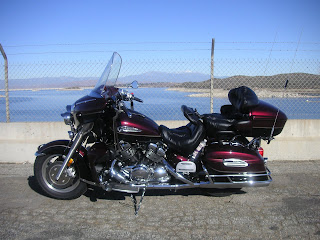 John's Royal Star Venture at Lake Mathews.
John (Cuyo) our third member of this ride trio, wanted to head on to San Diego and Point Loma but neither Bob nor I are feeling the call so we passed on that.  John and I head over Highway 78 to Escondido which is close to where the house with all the explosives is located.  That should be a spectacular fire.  We head up 15 to Clinton Keith Road, where I gas up and then we part company.  John heads over to Lake Mathews, The Riverside National Cemetery and Riverside and I am on the way to Route 74-the Ortega Highway to Santiago Canyon and home.  As usual, john is better prepared and has his camera.  One thing about this group, we all are about the same age and have similar attitudes while on or off the road. 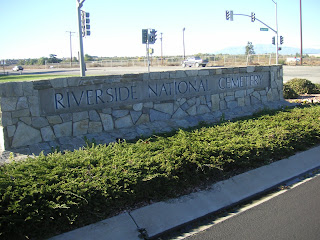 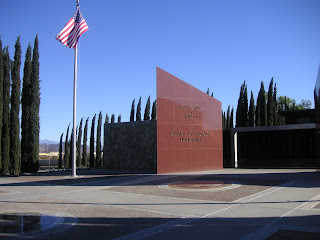 In remembrance of those heroes of December 7, 1941 in Pearl Harbor and all that gave their life in service to our great nation.  Thanks to John for making the trip out here. 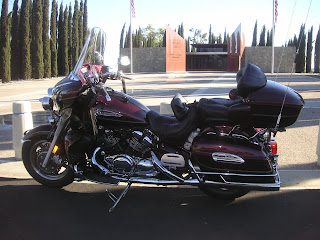 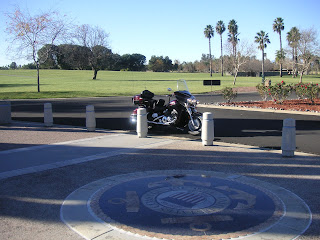 My trip over Ortega Highway was uneventful and my riding skills held up well. I did let three sets of cars go by and a guy on a scooter came whizzing up and passed me, but the guy on skates and the old lady with a walker that had those green tennis balls on the bottom who kept shouting "get out of the way" was a little embarrassing.  Maybe I exxagerate those last two.  If you look close at Antonio Parkway you can see where I got lost.
View Larger Map
That's about it for another week day ride and breakfast.  Photos courtesy John R. (Cuyo)

Last minute notes...On the 15 heading north from Escondido we passed a car flipped over on it's roof, CHP was already there and it was being handled.  How does a car flip over on a sunny, bright, dry and lightly traveled road?  On the Ortega Hwy up past the lookout there was a tow truck pulling a small pickup truck back up the mountain after it went over the side.  Looked like the possibility of too much speed.
Posted by Richard at 8:31 PM