A short New Year's Day ride from Orange to PCH and south along a clear and scenic coast route to Dana Point for pictures and then over to Corky's in Ladera Ranch for breakfast.  The morning started out rather chilly in the high 40 deg F range so I wore lots of winter gear.  If I had had this on my frozen ride from Beatty a couple years ago, it would have been a much nicer ride.  As it was I barely felt the cold this time with all the new gear.  On the other hand, John R. never gets cold, even this morning wearing his usual leather jacket and vest plus a shirt underneath but otherwise oblivious to what seems to me rather chilly temperature.  I'm wearing my Tourmaster Transition jacket with liner, new Polar Tourmaster gloves with a ski glove liner, fleece lined jeans with extra liner, and 5 pounds of newspapers stuffed in between the liners...well, maybe not the newspapers.  If I fell and hit anything, would not even know about it unless someone told me.  About 120 miles for me.  Plenty of time to go wash the dog. 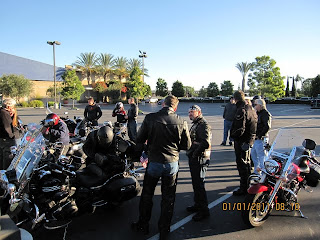 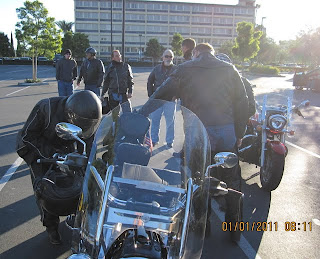 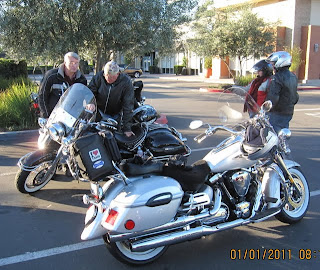 Is that a gorgeous motorcycle or what? 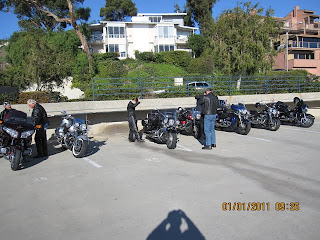 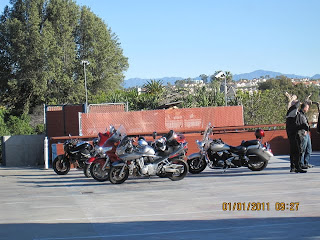 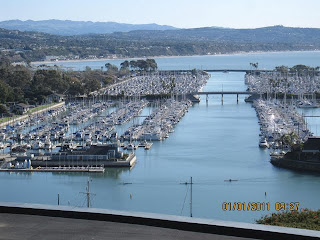 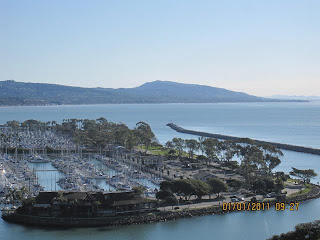 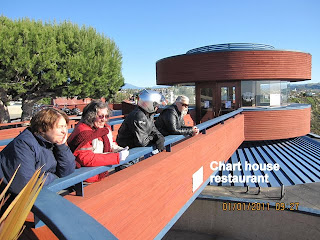 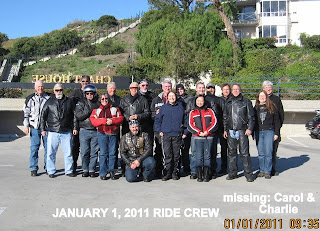 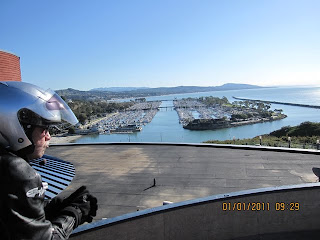 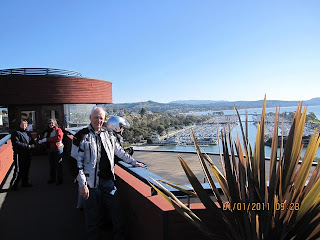 My new Tourmaster jacket, lots of zippers and velcro. 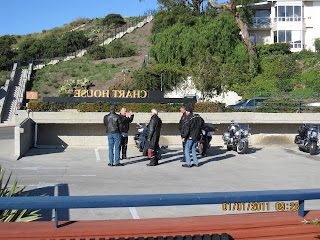 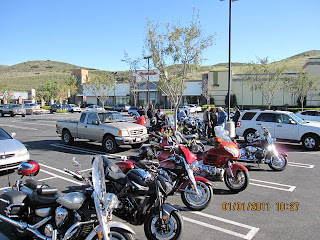 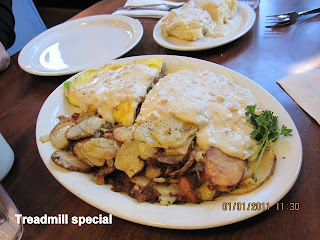 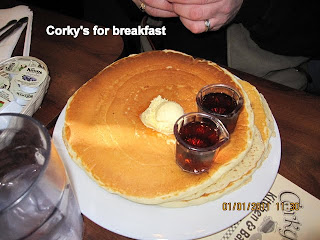 Evan ordered the short stack, I think those are his hands-praying he can eat all that. 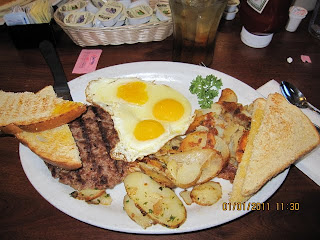 My order, hamburger steak and eggs.
Posted by Richard at 11:12 AM

Looks like a nice ride (yes cold, but at least it was a ride!) and good eats.