Head for Palm Springs-Wind up in Idyllwild 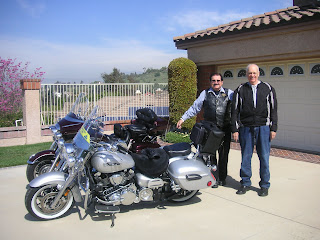 The hastily drawn up plan for a ride starts by phone call at 8:30 am on Tuesday morning and I ride to John (Cuyo) and meet at his home for a trip to Palm Springs and maybe, just maybe get there in time for the potato salad at Tyler's Hamburgers in downtown PS.  We hit the road at 11:00 am, a bit late but temperature is mild, no wind and a sunny day.  We make it all the way out to Banning and exit at Sunset for a gas stop- get back on the 10 Fwy at 22nd st., which is where we should have gotten off for gas, but don't go 2 miles and run into traffic stopped in it's tracks.  It was so sudden, I go flying past John while hitting the brakes and come to a stop with plenty of room but still caught me by surprise for sure.
John cranks up his CB radio and hears it is an RV turned on it's side ahead, but how far- no idea.  Rather than ride in the bumper to bumper traffic and lug his Royal Star Luxo-Barge (I'll bet he doesn't like that term) around we decide to turn off and head for Idyllwild on State Highway 243. 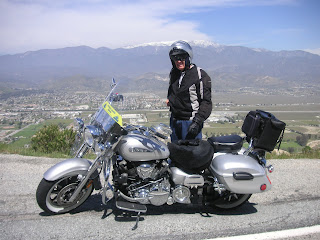 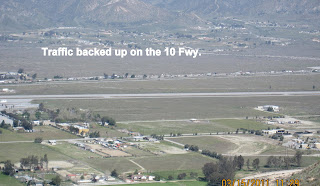 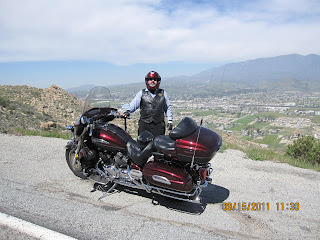 Impromptu stop on the highway to let some cars pass and take a few pictures.  Not the best place to stop but it worked. 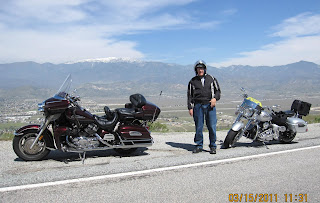 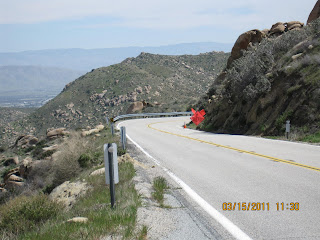 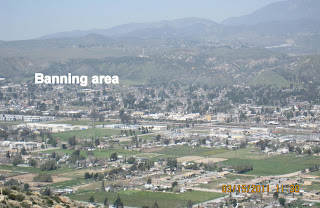 On our way up we pass this little lake and take a photo opp break.  There are cinders still on the road from all the snow about 3 weeks ago so I start watching the road a little more closely.  We even pass some patches of snow still lurking in the shadows. 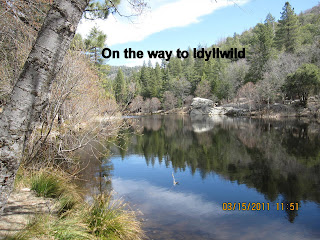 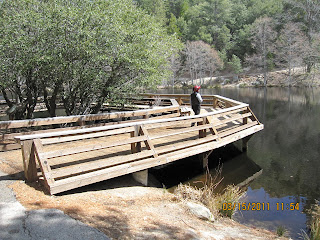 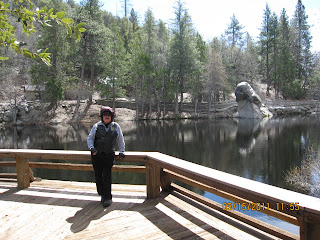 Arriving in Idyllwild, John heads for a diner that he remembers but it is closed so we head back to town, taking the long way and wind up where I planned to go for lunch anyway. 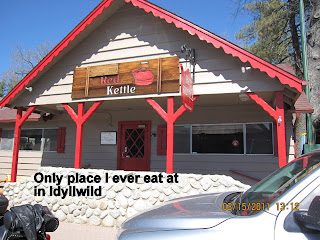 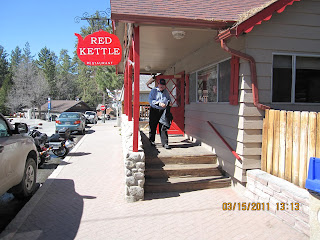 After a few quick photos of a new wood sculpture it's back on Highway 243 to Route 74 and back through Hemet. 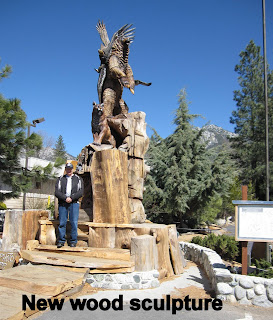 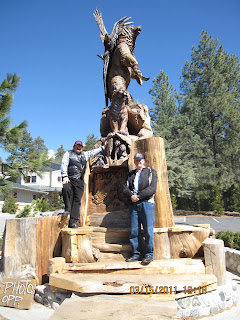 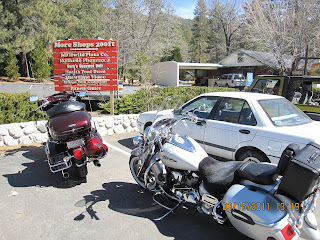 Ever the tour guide, John (Cuyo) takes us onto a side road to visit a park along Lake Perris but way in the back.  The water level is rather low and the boat ramp is practically useless.  As a result the park is pretty much abandonded. 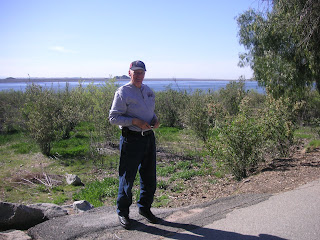 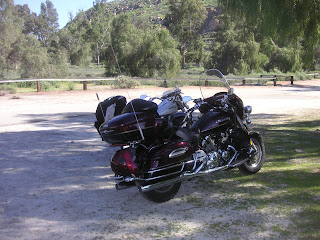 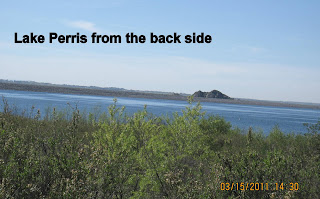 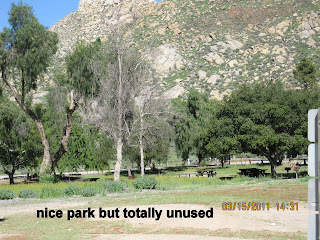 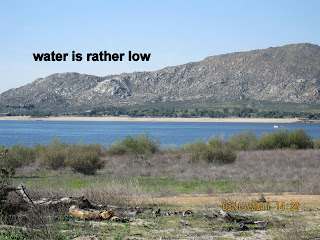 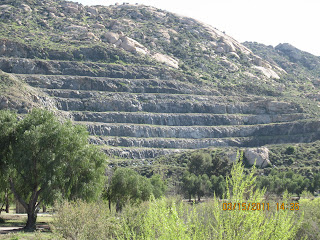 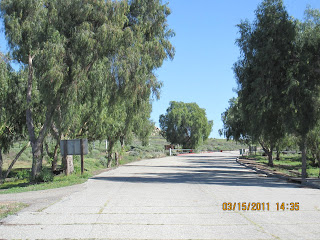 Once back on the Ramona Parkway to the 15 Freeway it's just a freeway ride home.  Mileage on the Road Star is now just over 19,290 miles in just 13 months.
Posted by Richard at 11:30 PM