I was hoping to make it to the annual Potato Ranch Rally in Durango on June 3-5 including a ride into the San Juan mountains on the Million Dollar Highway also known as Hwy 550 out of Durango.  There would be about 15 riders and Jo & Gregg Cuthbert are the hosts for this now somewhat famous get together of members of Beginner Bikers.Org that I have been on-line with since about 2005 when I first started riding a motorcycle.  I made it there in 2009 and hoped to repeat the trip even if I do it on my own. 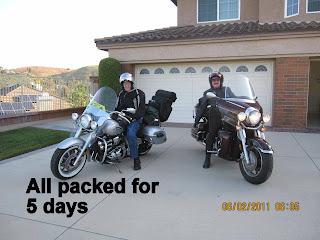 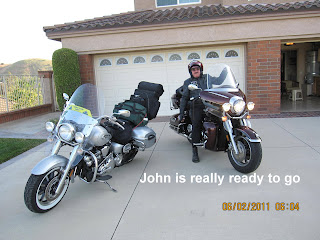 I roll up to John's house at about 7 AM
Sometimes the spirit is willing but the flesh is weak and this turned out to be the case after having cardiac Angioplasty on April 26 and then having an emergency tooth extraction 6 days before the ride due to a root splitting that had to be yanked out leaving a hole into my sinus.  Not a fun experience by any measure.
I seriously waivered and even checked with the Dentist about going so soon after the extraction, but he thought it would be OK, so after much deliberation I pack up ready to go.  Another rider, John (Cuyo) mentioned he would be willing to ride along at least to the Arizona border so I had company for part of the way.  We start off and all is well. 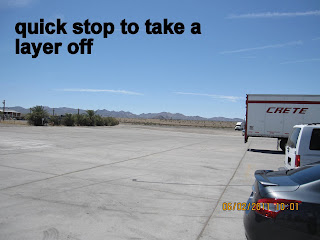 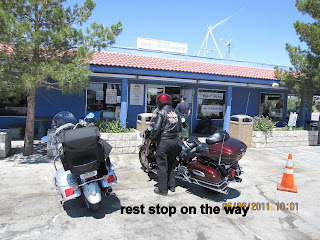 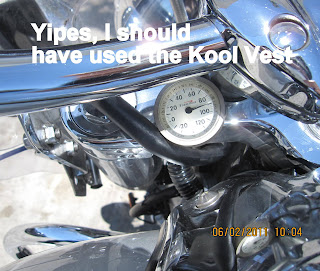 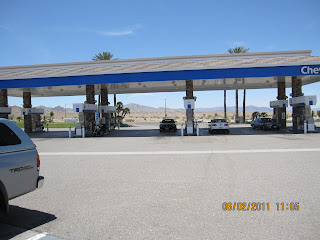 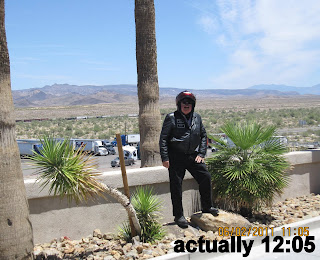 My time stamp on the camera is off by one hour 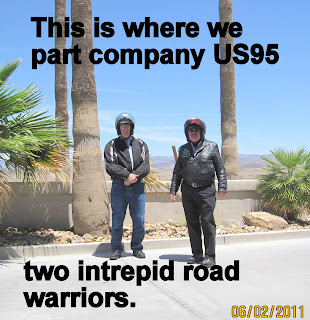 We get to the turn off for US 95 south to Lake Havasu and Parker where John turns south while I head due east to my destination for Thursday night...Flagstaff, about 460 miles and 9 hours from home and it's a solo ride.  I questioned whether to wear my Kool Vest, but did not think it was that hot along the way...possibly a mistake. 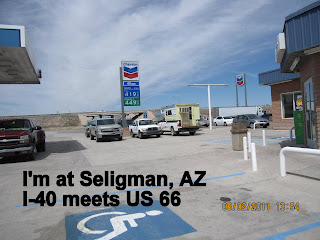 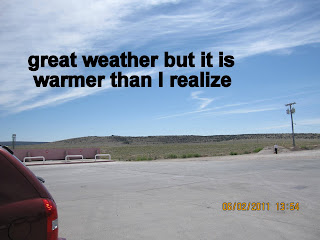 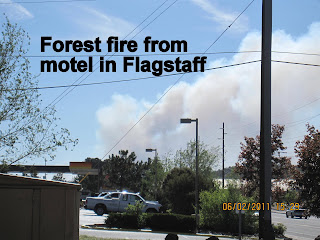 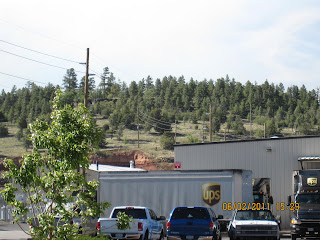 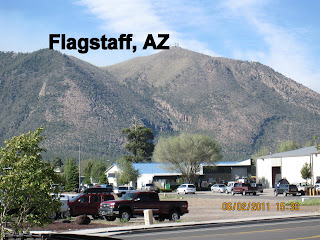 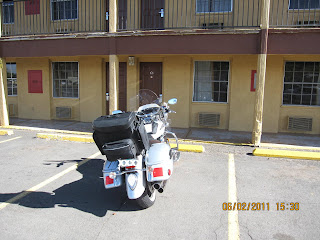 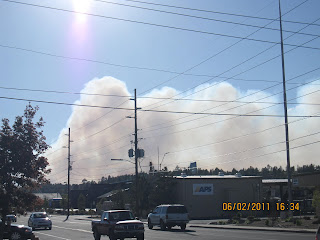 I arrive at the Flagstaff Ramada and settle into the room but notice a bit of a rapid pulse rate and irritating strong heart beat I refer to as palpitations.  This is a bit unsettling.  After discussion with Cardiac nurse via phone it could just be from stress, dehydration and the heat along the way causing this, but I could always go to emergency.  I decide I just can't continue with the possibility of further complications and winding up having to solve a medical problem while in Durango.
So it's going to be a long ride to return home early Friday morning which I am not looking forward to, but by then I feel much better and the heart rate has diminished noticeably. I load up the Road Star and the reported temp in Flagstaff at 6:30 AM is 29 deg but reads 42 deg.on the temp gauge on the Road Star.  It is going to be cold until I reach Seligman, AZ about 70 miles west, where I can drop the fleece jacket I am wearing under the Tourmaster Transition heavy duty jacket. 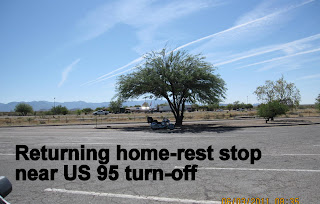 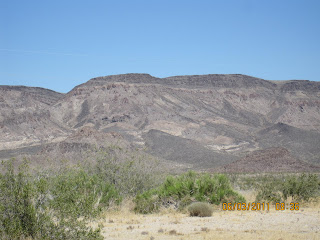 The desert is really beautiful this time of year 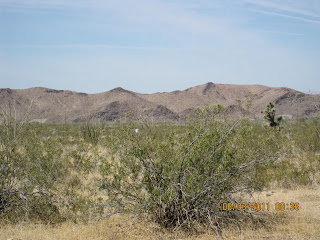 After discussions Thursday evening with my wife, who spoke to Johney a STAR member and certainly very good friend, it is decided he and Stan also a STAR member/friend will drive out and meet me on the freeway somewhere around Barstow.  This will alleviate some of the road time on the motorcycle.  They pick up my car and head out to the I-40 where we meet in Ludlow, CA a gas stop about 160 miles from my home.  From there they take turns riding my motorcycle while I am a passenger in my car.  Now these are friends of the highest caliber to go out of their way like that.  Total round trip winds up to be over 920 miles but I actually ride only about 760 of that.
My best memory of the entire trip is being on I-40 doing about 85+ mph and handling the curves very competently where I had been rather timid when I did it in 2009.  The level of my motorcycle handling has made major leaps since then and this was further proof.  My worst memory was seeing Johney on the freeway on my motorcycle leaning back with his hands in the air, "look-no hands" eeek!  I forgot to get a picture.
While I did not make the 2011 Durango Potato Ranch Rally, I know the attendees and hosts are very understanding and appreciative of the effort and who knows maybe there is still next year.
Posted by Richard at 12:45 PM