Our flag ceremony for Wednesday August 24, was the most meaningful program ever assembled at the circle in the City of Orange.It is rare in life that you get to meet someone that has made a real difference for his entire country, for his fellow service members, his family and for freedom and has been honored as a true hero.  To me, a Medal of Honor recipient especially from WWII is a greatest warrior that was part of the Greatest Generation.  This was a true honor for me and one that I am very proud to be able to write about.
Staff Sergeant Walter D.  Ehlers United States Army (AGE 90)

Born on May 7, 1921, in Junction City, Kansas, Ehlers joined the Army from the city of Manhattan. He and his older brother Roland served in the same unit and participated in the fighting in North Africa and Sicily.[1]

By D-Day on June 6, 1944, Ehlers was a staff sergeant and squad leader in the 18th Infantry Regiment, 1st Infantry Division. His squad, part of the invasion's second wave, waited off shore in a Landing Craft, Infantry, while the first group of soldiers landed. When the first wave became pinned down on the beach, his unit was transferred to a Higgins boat and sent forward early to assist. They fought their way off the beach and by June 9 were near the town of Goville, 8 miles (13 km) inland.[1] On that day, he led his unit's attack against German forces and single-handedly defeated several enemy machinegun nests. The next day, his platoon came under heavy fire and he covered their withdrawal, carried a wounded rifleman to safety, and continued to lead despite his own wounds.[2] For his actions, he was issued the Medal of Honor six months later, on December 19, 1944. 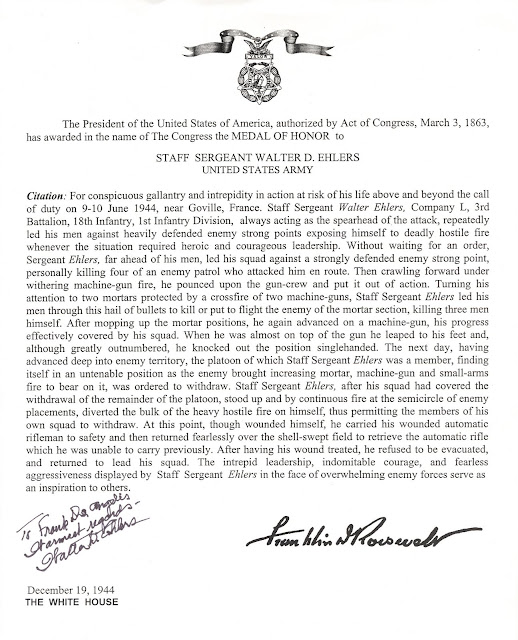 On July 14, more than a month after D-Day, Ehlers learned that his brother Roland had died at Omaha Beach when his landing craft was struck by a mortar shell.[1]
He appeared in the 1955 film The Long Gray Line, starring Tyrone Power.

MY OWN VIDEO- Mark is our program leader. 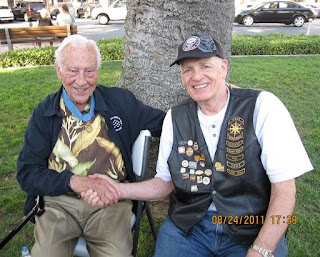 After this photo opportunity, I could not see much, something got into my eyes!  This really touched me. 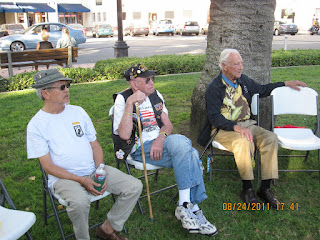 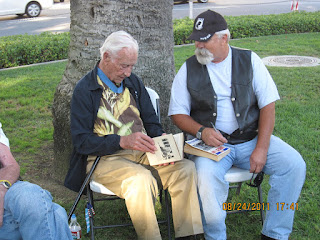 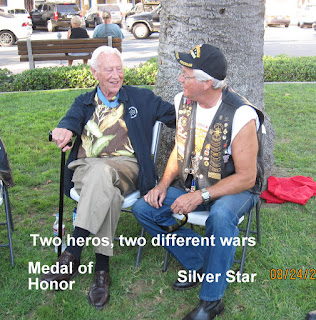 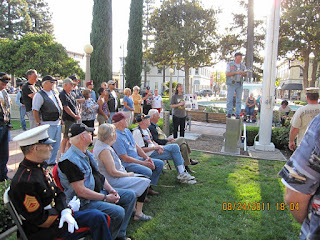 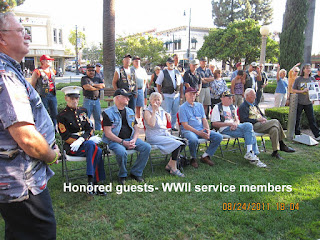 Big crowd for our flag ceremony 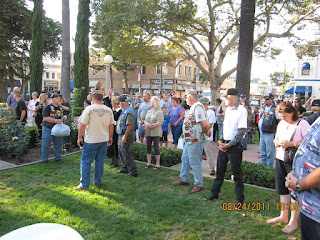 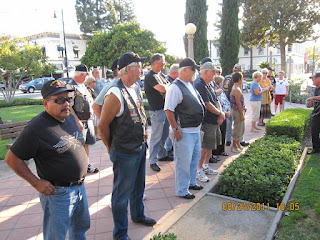 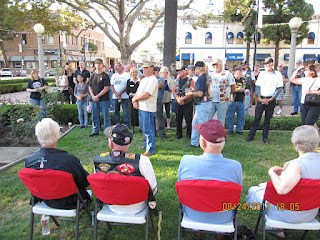 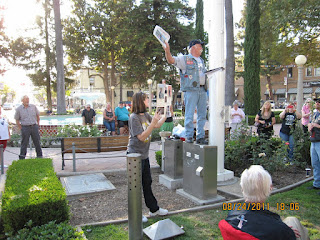 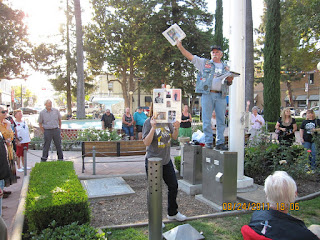 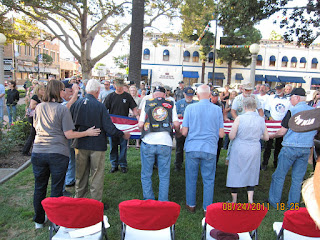 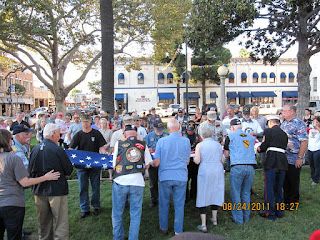 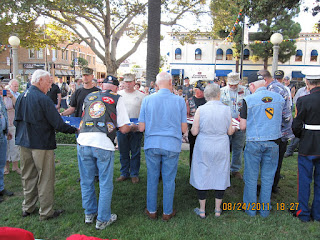 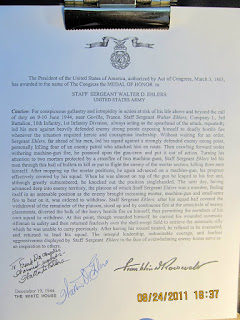 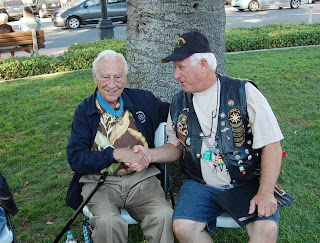 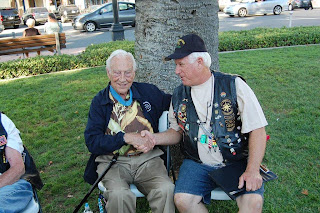