This was the last 2011 bike night for our Chapter 230 Friends of Stan crew and we met at the Lazy Dog Cafe on Katella in Orange.  First problem was the fact that there was a hockey game at the Honda Center about 1 mile away and a lot of people decided to eat here and then go to the game.  The place was getting packed.  I got there early and asked for a table to seat 8-10 not realizing that we would have such a large number of members and guests attending and so the seating was inadequate even after adding a few more chairs and extending the tables.  There was no other table we could move to either.  Wound up that Ken Indorf and his grandson along with Wayne gave up waiting for service at another table and left.  I really felt bad about that happening and will make every effort so it never happens again.  We were able to find a spot for Charlie at the end of the table squeezing him in. 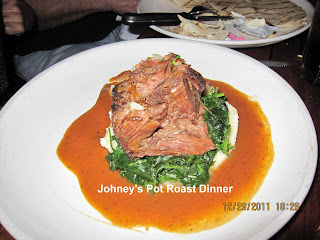 Pot Roast- why else would I take a picture? 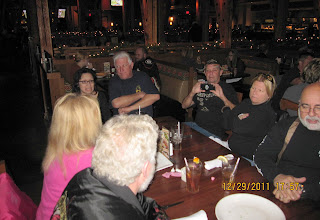 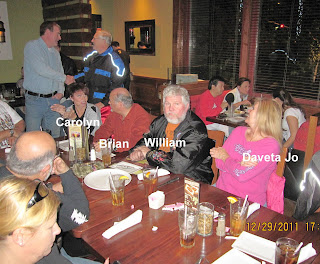 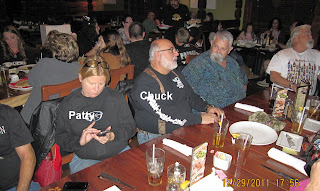 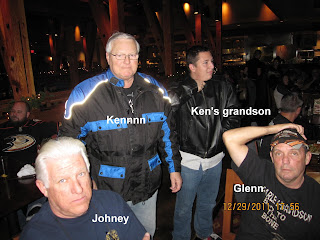 Ken Spells his name Kennn on e-mail, so same here.  They decide to leave after no service at another table, place was busy. 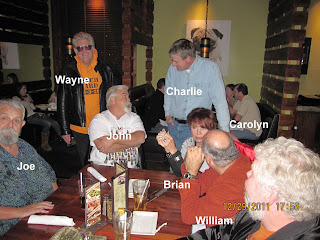 As always the conversation was lively even with the background noise of a large room with lots of people.  Besides Wayne and Ken with his Grandson, there was Johney and his friend Barbara, Daveta Jo sitting next to me, William, Brian, Carolyn, Charlie on the end, then John R., Joe-ask him about running the Harley guy off the road with his scooter, Chuck, Patty, and Glenn with his Harley shirt.  The food was a cut above some of our other locations and they even have pot roast –ordered by Johney and Barbara…looked good.  I tried the chili that Daveta and William both ordered and would not recommend it, although William seemed to like it. One interesting note, they added 18% gratuity due to the large group as expected but did not charge for regular drinks making it a reasonable place to consider for future visits by the F.O.S. GANG.   We will see everyone next year 2012 at our usual first Thursday of the month location: Blake’s BBQ on Mira Loma.  Have a safe and sane New Year celebration where ever you might be.  Bumper sticker: I do not suffer from insanity…I enjoy every minute of it.
Posted by Richard at 10:05 PM