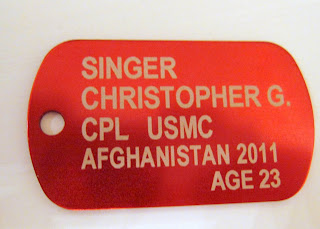 Christopher G. Singer, Corporal US Marine Corps. KIA Afghanistan 2011 age 23.  Arriving Los Alamitos Reserve Air Base, today-Tuesday- January 31, 2012.  Patriot Guard is providing escort from arrival to Funeral home in Laguna Niguel.  The turnout is quite large including Sheriff and police escorts, news media and close to 200 riders from Patriot Guard, American Legion, STAR and a number of other groups and individuals.  No one in the Patriot Guard group is getting paid, it’s all a volunteer commitment on every ones part, as a way of letting the parents and family know that we care. 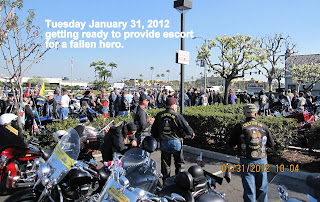 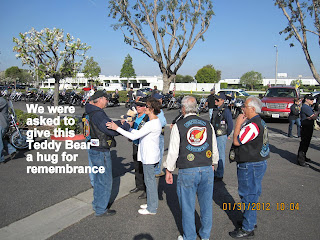 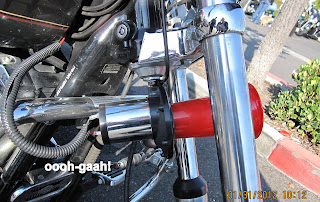 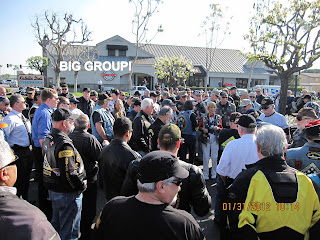 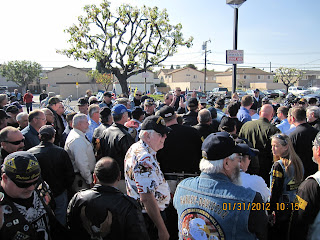 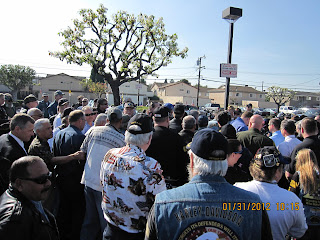 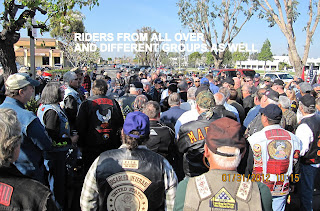 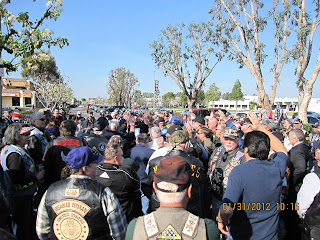 We arrive at the air base and form two long lines of attendees holding flags or standing at attention like me.  Due to the sun and my back problem I have to go back and sit out the last few minutes after arrival but we all get ready for the escort duty to Orange County. 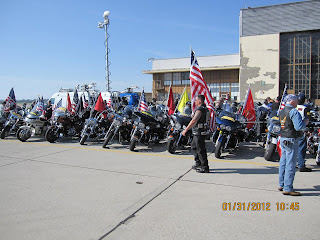 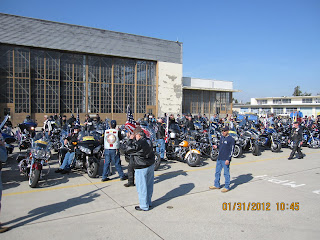 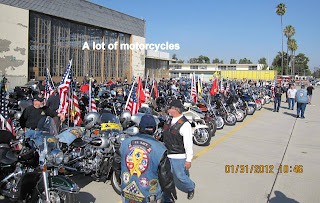 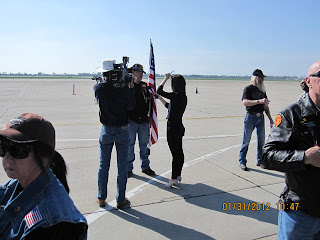 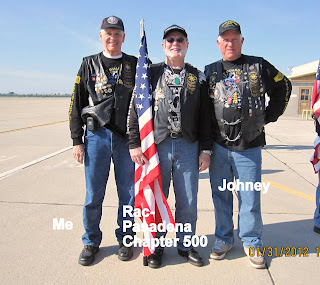 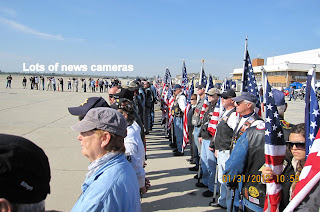 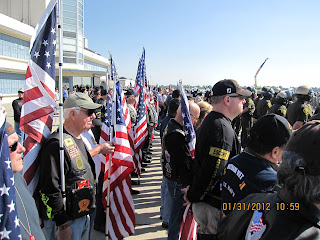 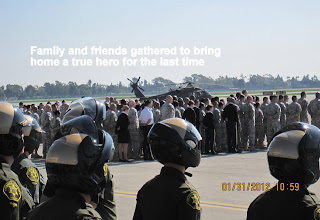 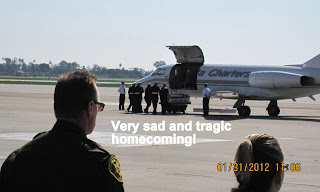 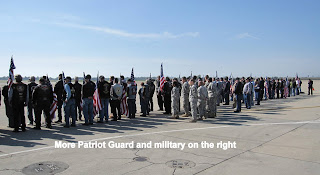 We form a column of two motorcycles behind the hearse, family and missing man formation.  The entire group stretches for about ½ mile when we get on the freeway.  With police escorts all traffic is blocked at on ramps and we proceed down Interstate 405 to Laguna Niguel.  Most amazing is that virtually every overpass has at least one fire truck and another emergency vehicle with its crew members standing at attention as we pass underneath. 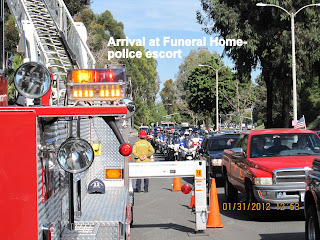 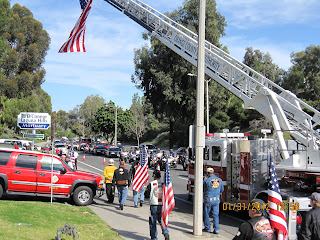 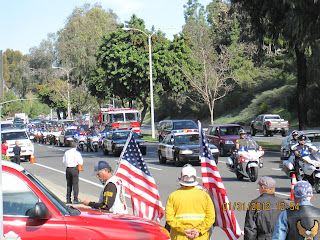 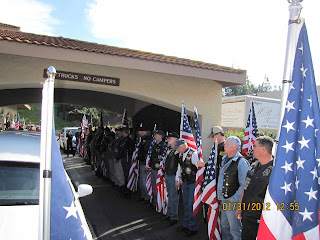 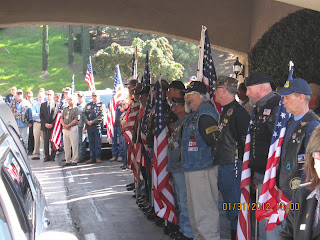 I understand his father is in the Sheriff's Dept. but no idea how the fire departments were so involved.
Our mission is complete as the casket is brought into the funeral home and we depart.
Posted by Richard at 9:18 PM

Orang County ca. Does it big. The reason all fire departments get involved is because they serve the public like our men and women in the armed forces

This was the first time every overpass had at least one fire truck on it. Quite impressive. Yes they serve the public but never had seen this before.