A trial run on the new Stratoliner 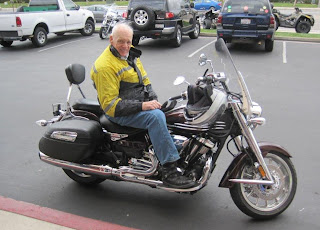 Above: getting ready to ride it home from the dealer and we hit rain in Corona.

After the purchase of this new Stratoliner the only thing to do is take it on a ride and it turns out Johney is doing his own personal tour of a couple mountain roads and I'm coming along. It is an opportunity to really check out the new-to-me motorcycle and see what we got ourselves into.  There are some good and not so good qualities about the new Stratoliner that are becoming apparent.  First the saddlebags do not hold as much as the Road Star did and second the 1854 cc engine is smooth but the whole motorcycle bounces more or something, I notice getting bounced where I did not on the Road Star.  It is much bigger than I really thought it would be and there definitely is more power as well.  Lots of reports indicate you keep thinking there should be a 6th gear when going over 65 mph and that basically is true. Also a squeak that was detected at the dealer is getting worse not better so it will require a trip back for evaluation and solution.  It is coming from the rear wheel area probably around the swing arm.  Something needs lube or other attention. 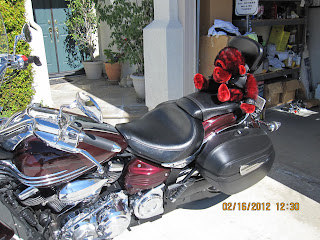 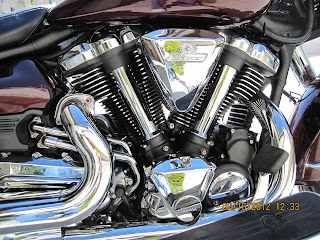 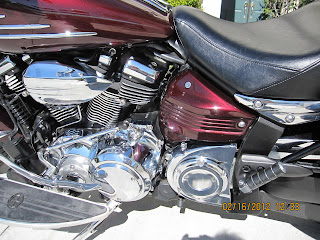 It is a used motorcycle with just 88 miles on it and in trading the Road Star I got a decent price so the cash difference was less than I expected and have enough left over to buy some of the add-on parts to make it complete.  Accessories include luggage rack, passing lamps, saddle and engine guards and a Beadrider seat cushion, oh yes and something called Bucks Lowers that help deflect air from rushing under the windshield causing buffeting.  Not forgetting the air horn for sure, some clown came over into my lane and the lame stock horn did nothing.  My friend Charlie tells me the stock seat is brutal but on our 280 mile trip it was not all that bad.  He is also a big believer in changing the sprockets to alter the power band but I’ll wait and see on that.  Everyone wants to add or modify something but when I traded in the Road Star it was absolutely stock, having Johney remove and replace all the parts I had added when new.  Some will think I’m totally crazy, but I am not completely sold on this new ride since the Road Star really was doing quite well.  Well then dummy why did you trade it?  Look for a new cable special on mental illness right after Hoarders, Intervention and a series on eating chalk or Doomsday preppers, my show should be in there somewhere. 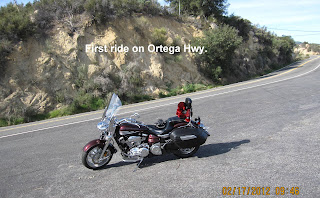 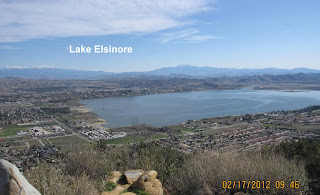 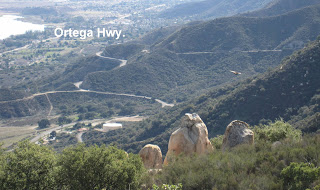 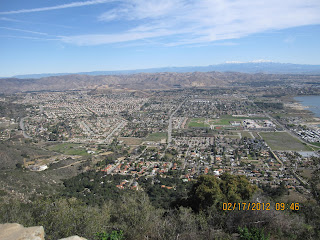 The ride route took us down I-5 to the Ortega Hwy, plenty twisty on its own, over to the 215 south and continuing on Hwy 74 further east through Hemet until we hit the Palms to Pines Hwy (74) to the turn off for Idyllwild; it’s even twistier than Ortega in spots.  We arrive in Idyllwild and there is snow everywhere.  The roads are somewhat covered in sections of that reddish pea gravel used for traction, especially in the curves where melt off and gravel combine to make it interesting.  If you stay in the car tire tracks that area is mostly clear, but I do slow down considerably in those curves.  This road- the gravel and snow piles would bring a tear to Carolyn’s eye as she fondly remembers the terrible snow ride we did up to Crestline last year. 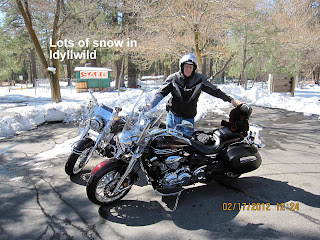 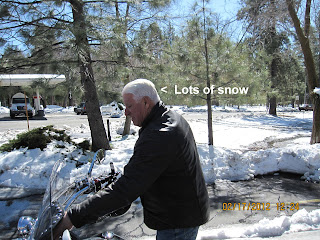 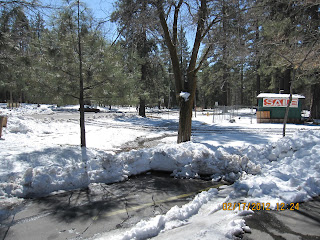 We proceed through Idyllwild to the I-10 going west to the turn off for Oak Glen the apple orchard area.  I think we miss a possible lunch/gift shop stop, but we had lunch in Hemet at In-N-Out so no big deal.


Naturally coming back we also do Carbon Canyon and by then I am getting worried I could shake my cardiac stents out of place.  I was wrung out handling the new bigger motorcycle, and hoping the added items on order will help.
Posted by Richard at 4:06 PM