Ride to Palm Desert and back 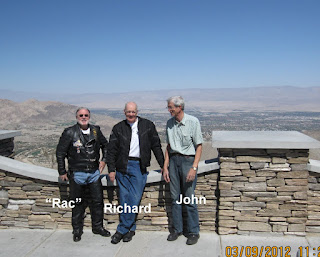 Friday March 9, 2012 8:30 AM and as scheduled I arrive at the gas station at Temple and 57 Fwy.  Already there on his V-Star 1300 is Rac from Pasadena.  Rac is the president of a motorcycle group in Pasadena, a great guy to have on any ride, but this of course, is part of the Week Day Riders.  We are waiting on Philip (“Phendric”) from the BBO forum and his father John from Gardena.  John shows up but no Philip, and after a few phone calls finally learn a family issue has come up that means no riding today for Phil.  Too bad as this was supposed to be sort of a trial run to determine how well he can do on the upcoming ride to the Potato Ranch Rally in Durango, Colorado this June.  His father John is on a BMW former Highway Patrol 1150 that was just purchased at auction and it seems to work very well, plus it carries about 7 gallons of fuel.  I am hoping they will be in shape for the Colorado meeting otherwise no one else is interested in making the 1900 mile round trip so far.


Our route with me leading is down the 71 to the 91 to I-15 south and exit at Cajalco heading east past Hemet and Lake Perris where it becomes Ramona Expressway and ends at Highway 74 –Palms to Pines Highway.  With me leading it means I have no problem falling behind as I am already in front.  Up we go toward Mountain Center and about 5,000+ foot level where the temps drop into the low 60 deg. Range.  It’s fairly twisty heading up there, then a long valley area until we reach the drop down into Palm Desert.

View Larger Map
Actually I think I did reasonably well even with still getting used to the new Stratoliner.  It is bouncier than the Road Star was, and I may look into a new shock absorber later. 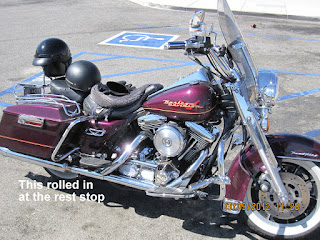 Some sights at the rest stop 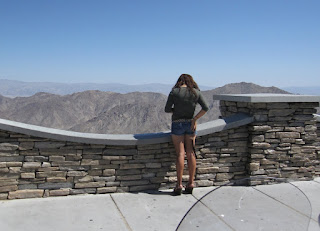 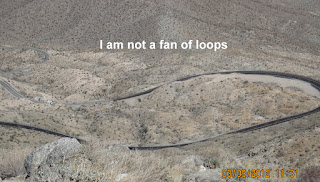 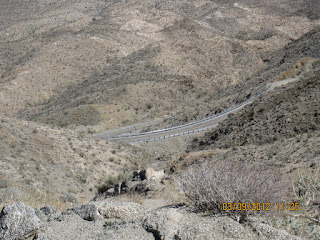 Naturally we have to stop at the vista point overlooking the road toward Palm Desert and it also starts to warm up at this point.  Originally I had mentioned going to Tyler’s Hamburgers in Palm Springs for potato salad, but with a later start and no Phil, meant a change in plans.  After meeting another Stratoliner rider at the rest stop and taking a few photos we head down.  The Stratoliner rider was on his boss’ seldom used motorcycle and took it for a spin up the mountain, but decided not to continue when we told him the temperature ahead…he had no jacket.


I gassed up at a Mobil station using a Birthday gift card Carolyn gave me, but found out later somehow the entire remaining balance got wiped off using that pump to fill up with 2.99 gal., no idea what happened but $24 was missing from the account when I checked on line.  -UPDATE- CREDIT BALANCE RESTORED, apparently the balance was put on hold for some reason, but was restored this Monday morning.  At least I can report I got about 40 MPG on the trip from Pomona. 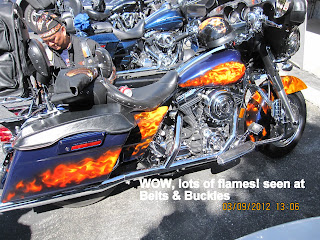 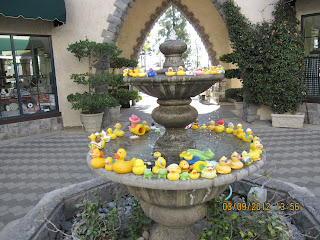 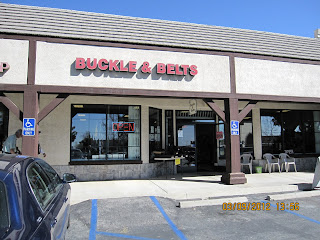 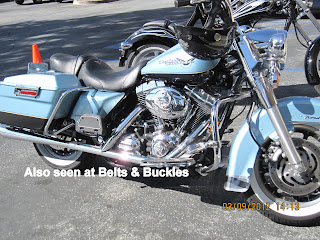 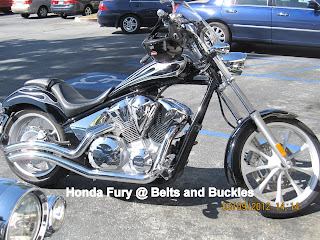 Rac had a destination in mind for lunch as well as a visit to a motorcycle gear store in Yucaipa called Buckles and Belts (not Belts and Buckles as shown on the photos).  Small diner next door turned out to be a good lunch at a reasonable price.  From there we all headed to our various freeways and home.  I had considered buying a vest but really did not find what I was looking for, so it’s back to the internet.
Now what photos did I miss, of course John's just purchased CHP BMW 1150 for some reason, and also Rac's 1300 although I do have pictures of that one on the blog elsewhere.
Great weather, good ride all went well over some 250 miles.
Posted by Richard at 11:44 AM