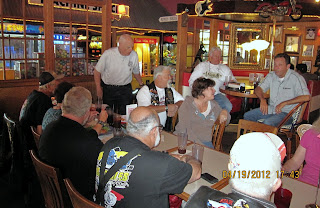 A rip snortin, rootin-tootin, Lalapalooza heck of a good time was enjoyed by all at our Regular Orange Motorcycle Group meeting at Fuddruckers tonight Thursday. The attendees just kept pouring in until we wind up with 20 members and guests for what I am now calling our regular official Thursday O.M.G. Bike night. As a matter of fact with so many in our group heading for Laughlin this next weekend we might even think about having some sort of patch made to represent membership in our mighty crew. Suggestions extremely welcome. MEMBER O.M.G. CREW or FRINGE MEMBER OF A SPLINTER GROUP, or what?
The list of attendees include, Ed & Susan, John R.; Wayne; Johney H; Doug R.; Carolyn; Patty & Chuck; William & Daveta Jo; Stan; Ken Y. on his trike; Glenn; Brian H.; and Bryan B.; Rebecca; Gary & Anna; and me in there somewhere. Was the turn-out this good because of the location, the hamburgers, mild weather, my stellar write-up and invite, nothing else going on, what was the magic mix of events that helped make this a really fun and rewarding evening among great friends. It may be that everything aligned just right tonight to create a meaningful meeting or the juicy hamburgers, take your pick.
Some of the meeting highlights include learning we have a pistol Packin’ Mama among our group and I don’t think she would be afraid to use it, so I’m not spilling the beans. You can tell she is an expert shooter by her describing the gun in professional detail including “it has something the bullets go in and it slides up, then I pull it back or something, maybe it’s a .357”. I was impressed. Susan is recovering from the Bubonic Plague, or Beri Beri, or possible Dengue fever although she claims it is just “walking Pneumonia”. Richard did not buy a new motorcycle, and no one else did either that we know about, but then again the year is young. Chuck took some time to visit one of the Wednesday City of Orange Flag members who is in the hospital and not doing well. Much appreciated that he made the effort to express some good wishes to an ailing rider and Patriot Guard member.
There are so many vendors in Laughlin including booths that will make custom patches for just about anything and maybe we should look into that as noted above.
Our O.M.G. next scheduled meeting will be May 3rd Thursday and as usual it will be at Blake’s, another perennial favorite.
We tried to get a photo of everyone attending and maybe we did. Some photos by Wayne…with his finger in front of the lens, and a few by Ed but no fingers on the lens. 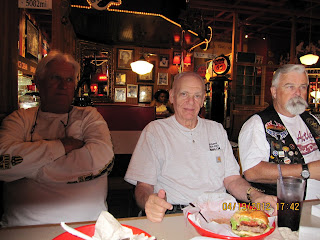 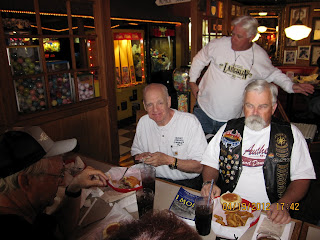 These are the fingerprint photos 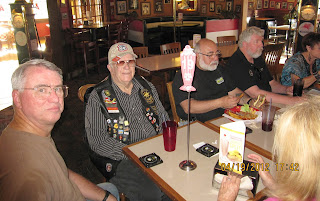 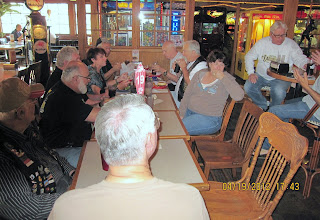 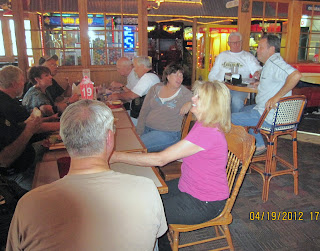 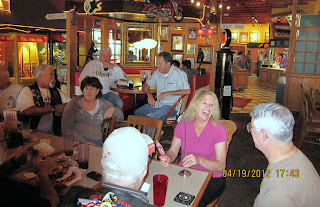 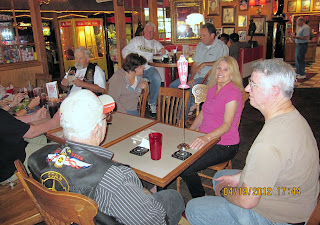 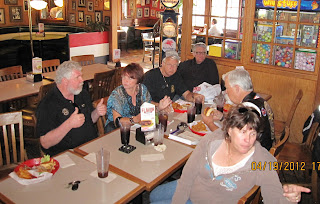 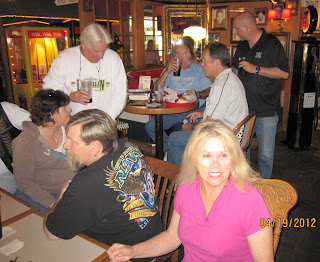 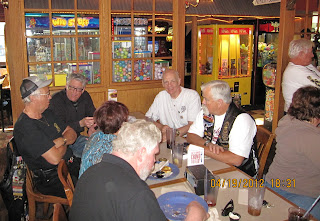 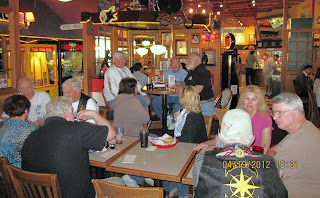 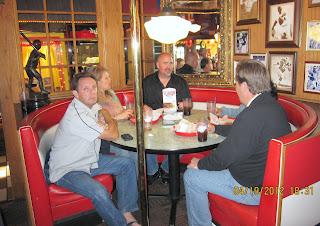 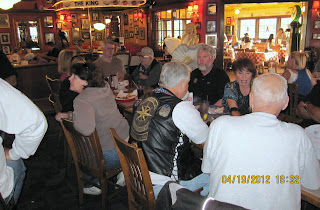 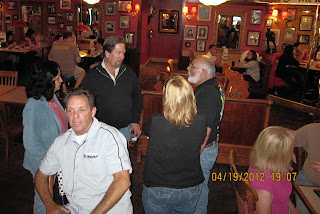