Just as I started writing the meeting report, power in the whole neighborhood went out, but finally back on just before 10:00PM. Tonight's meeting of the mostly irregular/regular members of the Orange Motorcycle Group was a star studded extravaganza rivaling any red carpet or Hollywood event you can think of. The mistake we made was not sending invitations to George Clooney and his friends as they could have attended this one for a lot less than $40,000 per plate without a doubt.  Now don't get crazy and go off on some political rant please. 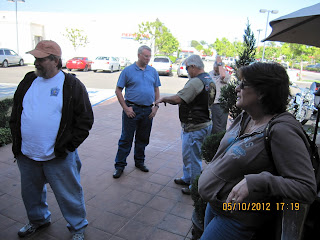 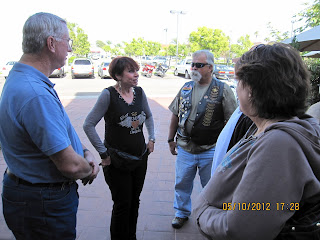 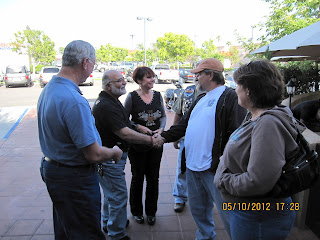 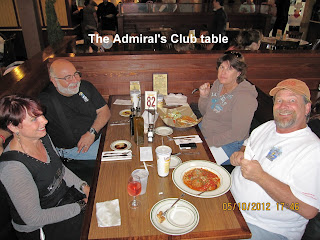 We need to work on getting Ed and Susan some relaxation therapy over his new found stress making business of planning a blockbuster party up at the Star Ranch off the 91 Freeway on top of a hill near Corona.  It is shaping up to be quite a blast with a band for entertainment T-Shirts, food and drinks a-plenty.  I am sure there will be a lot more information about it coming from his direction in the very near future.  The wet T-shirt contest featuring several of the guys should be a big hit if it actually happens. 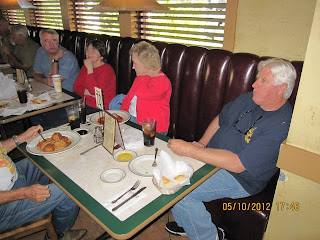 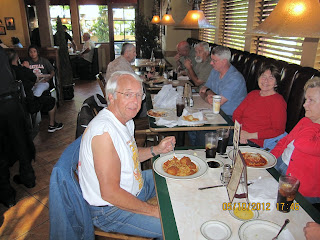 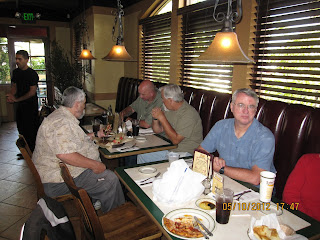 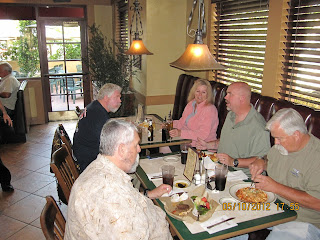 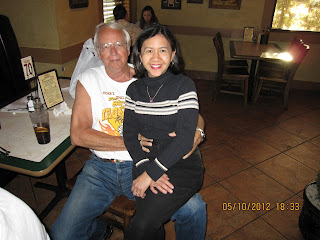 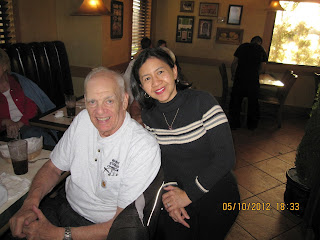 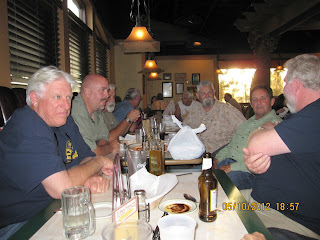 While we were missing a few of the regulars we did pick up several ladies that don't often make the Thursday group including Mitzi with Wayne, Connie with Stan and another surprise attendee Cindy with Doug along.  Also on board- Carolyn with her sparkly top recently purchased in Laughlin.  I don't think it was battery powered but her bubbly personality certainly lit it up regardless.  There was Daveta Jo always ready for fun and exciting times at our meetings as well- I think I heard she used to be a welder with the Secret Service but that may have been a rumor, also trying on the leather Harley jacket Glenn brought to sell for his sister.  The rest of the crew included, Johney Harper, John Ruhland, Joe on his Vespa, Chuck but no Patty-she has to work to keep Chuck supplied with ammo for his various rifles and parts for the Wing-is Chuck lucky or what.  William was there since he brought the vivacious Daveta Jo and complaining of a burned out seat due to the last couple rides, as was Brian-the pilot dropping in for some Tutto Fresco, and me splitting a pizza so I could take half of it home.  With Mothers Day coming up soon it reminds us that it is always a much better meeting when the ladies show up to impart their wisdom and insight to show just how crazy we are without them.

Now about that leather Harley jacket, Glenn is trying to sell it for his sister, it looks brand new, fits a slightly smaller size lady but bigger than tiny Mitzi, for price and other details contact Glenn. 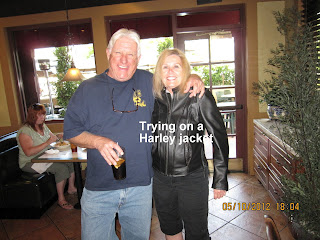 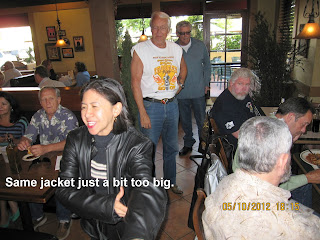 Also attached are a few photos I took of the Saturday ride- lunch.  There was no report for several reasons none of which I can remember.  What was important to remember is that when you stop somewhere and it's warm it does not necessarily mean it will be warm up at 4,500 feet along the route.  I had that in mind and kept the jacket with liner on but some did not and were chilled along the way.  Ah the wonders of experience. "Good judgment comes from experience, and experience comes from bad judgment." ― Rita Mae Brown, Alma Mater 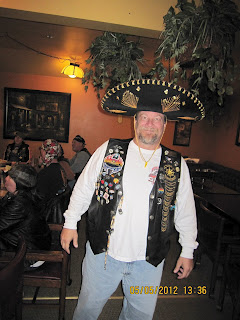 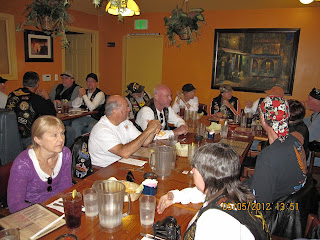 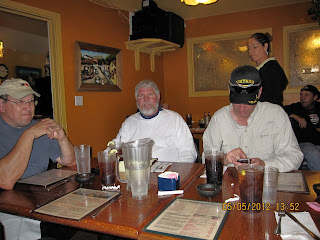 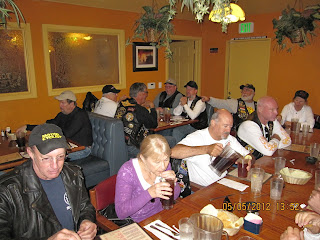 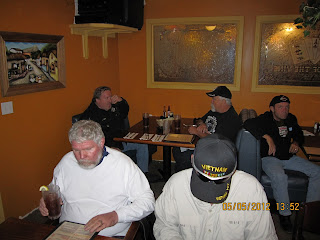 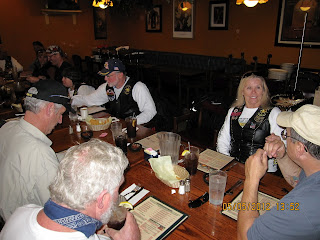 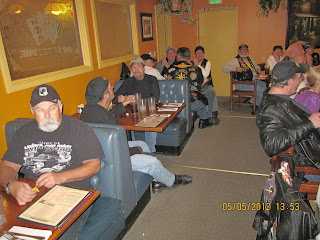 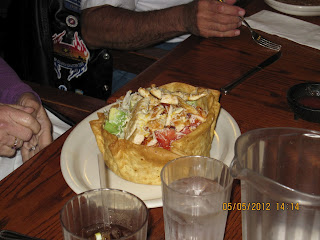 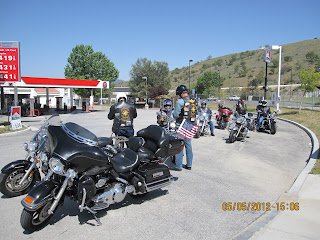 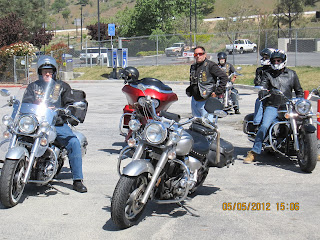 The topics included discussions of the past weekend ride, upcoming weekend rides and other trips for various members and lots of other news.  Our Thursday Orange Motorcycle group has become a focal point for some fun times and great company.Hope you can make it for next week's meeting with location to be announced shortly.  Please forward this to any new riders you may know that are not on my mail list or at least SHARE this on Facebook for me.  .
Posted by Richard at 11:31 PM