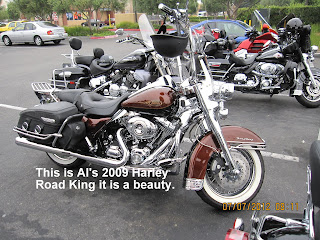 Our STAR chapter 230 ride started Friday night when I went to bed and tried to go to sleep to get ready for our regular Saturday morning adventure into the local mountains.  My first thoughts were how can I put this inability to get to sleep into my story for tomorrow’s ride.  First I have to mention about what to do with the hand controls and remember that the right hand controls the brake while the left releases the clutch, that’s good for a few minutes but does nothing to help me sleep.    Thinking about those curvy twisting mountain roads had me tossing and turning unable to really drop off to sleep.


Ideas and thoughts were racing through my head faster than the sign posts on Highway 2 past Wrightwood.  More thoughts and images bouncing around in my head were about the Katie Holmes-Tom Cruise thing going on, then my mind jumped to thinking about the so called religion or group that he and John Travolta belong to, known as Scientology and of course I connected that to one or two other so-called religions, which to me basically are cults not a real religion.  All you have to do is read some of the material they themselves distribute and ask yourself would I believe in this as it is presented, any more than I would accept some multi level marketing scheme just from reading the literature. Then of course my mind took a turn to STAR Touring and Riding, could that be a cult?  Maybe I should Google it just to make sure, but then there have only been two people in some other chapter that I know about that got weird when I mentioned Fringe Members of a Splinter Group and everybody else are great folks so we are good there.  Besides as long as they don’t promulgate any specific belief except in motorcycle touring that’s good enough for me. All of this was not helping me get to sleep any faster and if anything keeping me awake, turning even more.


I know what, I’ll try and figure out what to do with the millions I’ll win on this next Super-Lotto Plus drawing, I don’t know how much it is, but it will be enough to spread around at least a little bit.  Now how much will I get to keep if the total is say $14 Million dollars?  Well they cut it about in half for the lump sum and then there’s Federal tax to pay- say 35% or so, that will leave me with about $4.5 million dollars.  Next after taking care of family how much can I give to each of my friends and who gets on the list?  This kept me going until who knows how late and still I can’t sleep-the list is nowhere to be found.


Finally I seemed to drift off and when I awoke in the morning to get ready for the ride, none of these issues seemed to make any sense, especially the Brazilian Wax thing for girls under 15, except that the ride should be an interesting one going up Mt. Waterman in San Bernardino, past Crestline to Highway 138 and down past Silverwood Lake taking in some really twisty tight roads from Crestline on down. Highway 138 will take us to the turn off for Wrightwood and Highway 2 leading across Angeles Forest to Newcomb’s Ranch and lunch. Little did I know that the morning meeting would take as long as it did.


OK, so I arrive at the Best Buy parking lot and realize that this is the first Chapter ride without our lead Tail gunner and ticket master John Ruhland, definitely will miss his presence.  The ticket duties were ably handled by Barb and Rick two new members. As time passes more and more riders including new guests start arriving, this is going to be a big group for sure. 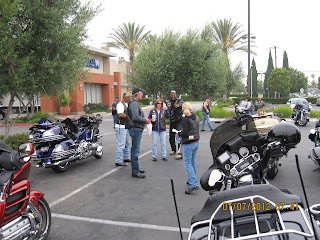 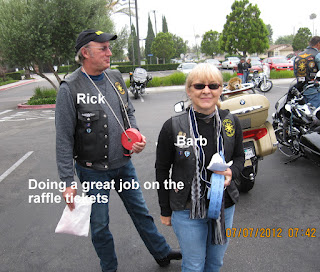 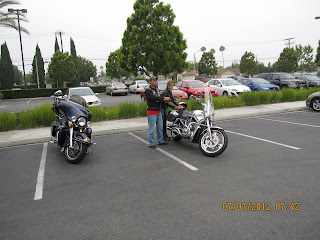 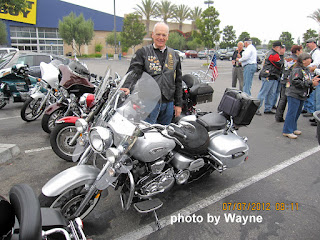 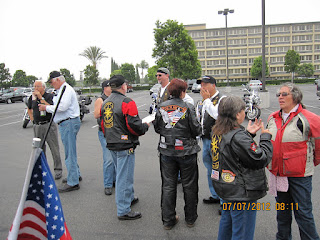 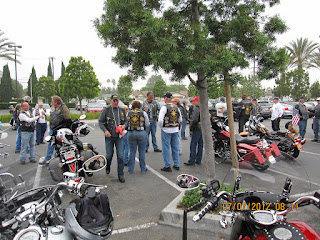 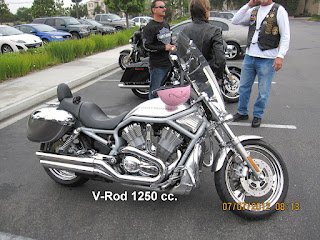 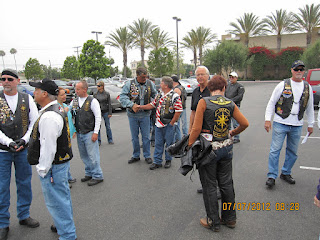 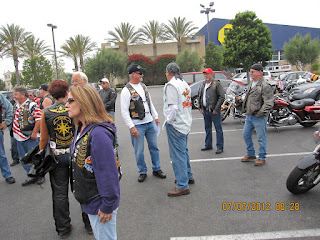 One new rider shows up with a passenger wearing only long shorts and skimpy shoes which will definitely not do gear wise.  Daveta Jo volunteers to provide her with some adequate clothing so they take off and hope to return before the group leaves.  This could open the door to a discussion of what types of protective gear would be best to wear while on a motorcycle but it would not make much of an impression with some cruiser riders I suspect. It’s now after 8:00 AM and the meeting is nowhere to be found, just a bunch of motorcycle people milling around, staying out of the way of Scott’s grandson.  He did much better this time than his last ride with 230 so things are looking up for him actually. 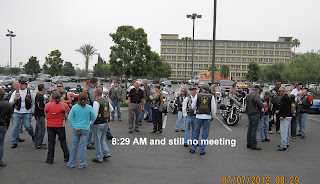 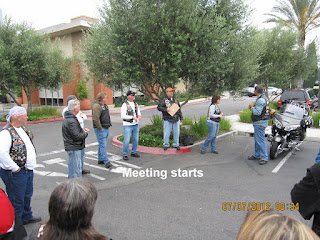 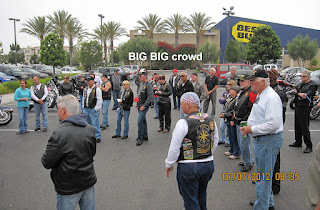 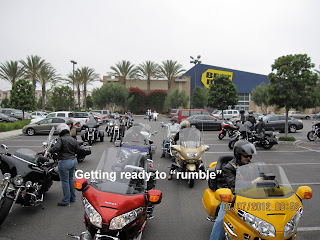 Finally at 8:30 AM the meeting begins with the usual announcements and drawing where I win nothing.  I get selected to shepherd Al on his really sharp looking 09 Harley as he is new with the group, but he needs no help what-so-ever and is a darn good rider.  I noted the time we left the parking lot as 9:05 AM on our way to the first gas stop on Waterman in San Bernardino where we will meet up with members of Chapter 109. 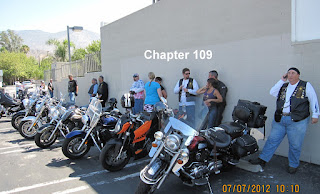 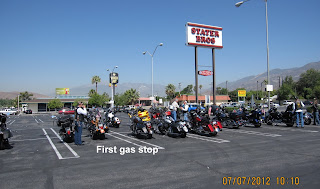 There are all sorts of motorcycles in the group these days including Harleys, Gold Wings, a couple trikes (3 wheeled cycles) Yamahas of course, other Hondas, but no Triumphs that I can recall.


The rest of the story is the ride itself and for that you need to be on a motorcycle to really understand the challenge of handling the curvy tight twisting, bumpy in places, rock strewn roads up in the mountains.  Every time I get on these roads, it is so vastly different from my early days of riding.  My friend Ken Yunk says I don’t even need to mention that any more, but to me climbing the learning curve of riding a motorcycle especially on the mountain roads where your skill is truly tested, has been one of the biggest challenges I have taken on in my life and to be able to look back and see where I was compared to where my skills are today, it is about as good as climbing Mt. Everest and returning.  The key ingredient is constant improvement, learn from every mistake, practice the good elements of what you know, keep your eyes looking ahead into the turn, and keep doing it.


The ride today both up into the Crestline area and then over Highway 138 and Highway 2 through Angeles Forest was a bit tiring but invigorating as well. 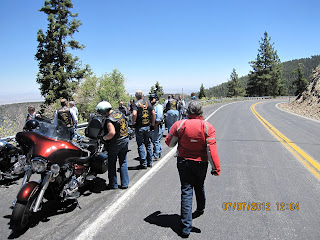 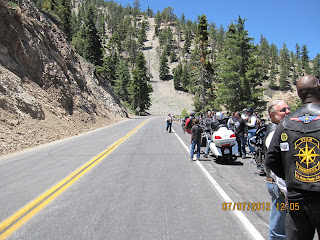 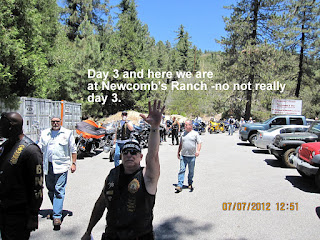 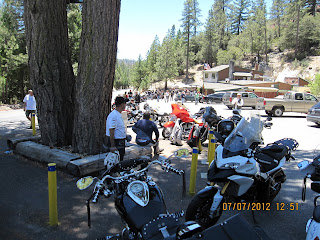 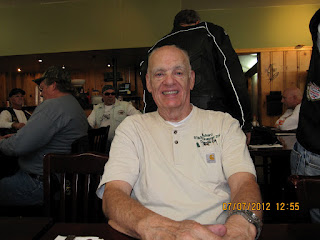 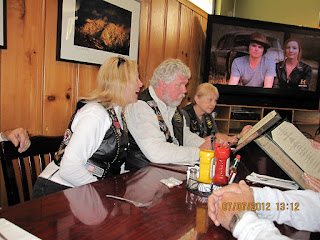 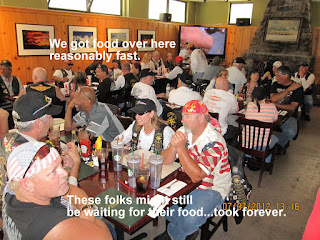 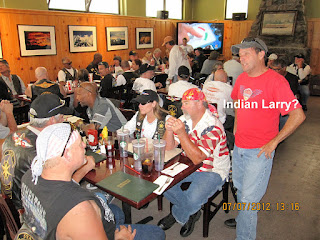 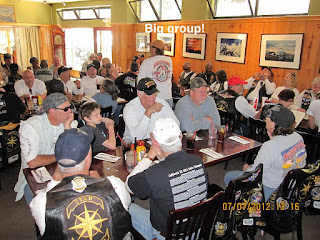 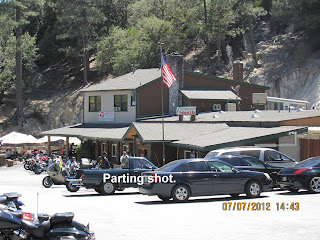 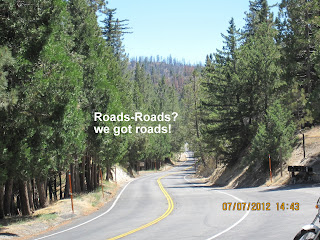 On returning to the final stop on today’s ride we voted in two new members, Barb and Rick, and I was very appreciative that Ed did not mention that I forgot the charcoal and lighter fluid for the fire walking initiation.  It is likely that is being phased out anyway.  Oh yes, and we are hardly mentioning any rumors of someone trying to imitate Indian Larry by standing on his floorboards but luckily suffering only modest scrapes to paint and no injuries to body.

Spotted this three wheeler going the other way on Hwy 2...photo courtesy April Trestick on Facebook. 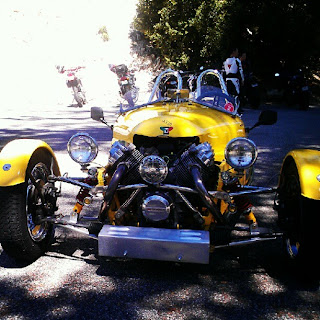 Not only are these write ups totally interesting, but have developed into quite a comedy of missaps that truly, can happen at any moment. You, Richard are getting better all the time. I was shocked to read the you knew anything about "Brazian", well you know! You seem to be on top of it all. Thank you so much for yur hard work. :)

It is because of comments like yours that keep me doing this. While I like to post, the motivation to do better is due to your reading and enjoying what I write...thank you.