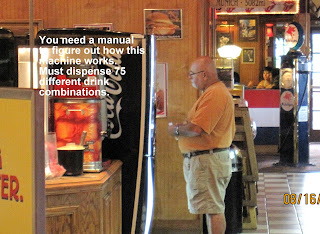 The Real Motorcycle Riders of Orange County, the perfect title for a great new cable TV show. A show about how a tight knit group of motorcycle riders handles day to day conflicts, problems, tragedies and good times and how they resolve these life issues as they pop up while riding motorcycles during everyday adventures. If this show really existed then maybe it would make my job of doing meeting write ups easier as there would be really juicy stuff like you see on other “reality” shows to write about. As usual however, what actually happens is much simpler, nicer and calmer than the stuff you get fed by most of the cable TV reality shows, so our Chapter 230 meetings are fun times catching up with friends who share the interest and passion of riding motorcycles with a lot less drama involved.


Well, that is until tonight-Thursday at Fuddruckers! Oh my goodness, drama it seems is no stranger to our group, just ask Ed. You may already know about our soap opera titles including Days of our Handle Bars and The Guiding Taillight. Among several stories that were bandied about during our meeting include comments by one lady rider about being either a self confessed cupcake or a tart, but either way a tasty dish I’m sure. There was Glenn explaining how to use panty hose to strain paint, but we were not sure whether anyone was in them at the time, ask Glenn the next time you see him. We had both Brian H. and Brian B. (the pilot), with stories of travels including Brian B. taking John Ruhland’s son and daughter as well as Chuck on a memorial flight while Johney and I just rode to the airport, to take some of John’s ashes and release them while flying over Catalina Island area. Brian H. got free concert tickets for donating blood and he had a great time but took late into the night to get home due to freeway closures. 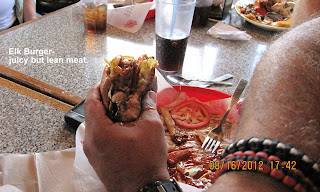 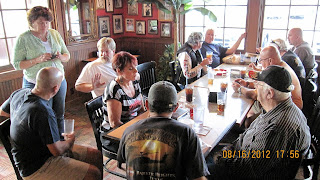 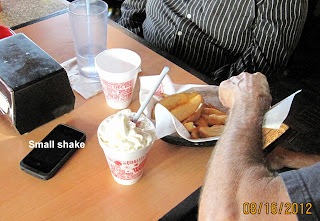 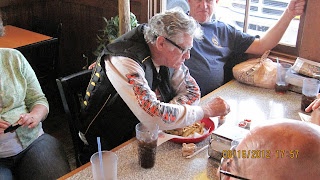 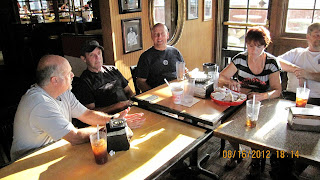 Everyone shared stories and comments about the events of the past week or two making it a very warm almost family event as another special 230 Bike Night goes in the record books. Attendees included, Johney-already there when I arrived and who will be replacing my (motorcycle) front tire shortly, along with Ed, Susan and Chuck. Stan shows up along with Ken Yunk, Wayne, Glenn, both Brians, always sparkly Carolyn and Ken Indorf. Gregg tore himself away from golf and surf activities to make an appearance. Chuck spent a weekend hunting somewhere in Colorado a while back, spending I’m sure a fair amount of hard earned dollars, when all he had to do was come here to Fuddruckers and get an elk burger, and no shots were fired. 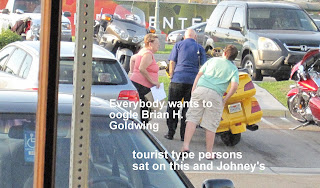 One strange occurrence while sitting inside, a group of tourists possibly some of the same people from the rest stop on I-5 by Camp Pendleton, came over and sat on Johney and Brian’s motorcycles. I was surprised they did that and not get confronted by any of the owners except for Brian and Ken Indorf clicking their remote alarm sounding the horn.


Not everything goes into my report-for good reasons, and for all the events, drama, photos, and comments that do not make it in, the only way to keep up is to attend these bike nights and find out about the really good stuff. As usual the food including hamburgers, and other treats were good, and all had a great time. 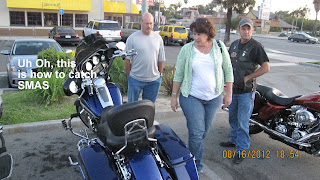 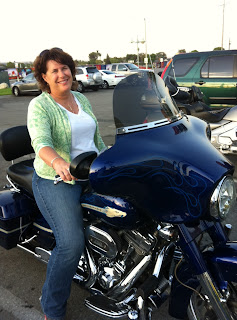 As we were leaving I notice Susan sitting on Brian’s Harley and wonder if this might lead to a case of SMAS-Sudden Motorcycle Acquisition Syndrome, a very contagious infection causing itching and irritation around the wallet area, leading to further complications known as SFLS-Shrinking Financial Liquidity Syndrome. There is no known cure.


Next week 8/23 is the 4th Thursday of the month which means Portillo’s in Buena Park on La Palma for the regular 230 Big Bike Night. Since there is a 5th Thursday in August we will let you know of a location choice as soon as the selection committee finds one. 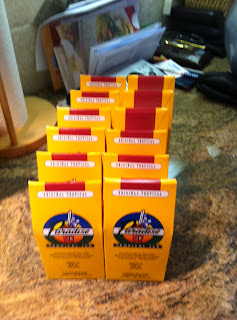 One last personal note about the picture of Paradise Tropical Tea boxes. This is a household favorite bordering on obsession and now the company no longer makes the retail packs. it is just a disaster of epic proportions, but luckily I ordered a carton of these off E-Bay as prices are rising daily.
Posted by Richard at 10:28 PM