Ride with Chapter 500 to Big Bear 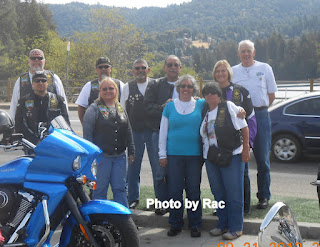 As I was riding to Pasadena this morning at 7:00 AM to meet up with Rac & Rose and other members of STAR Touring Chapter 500 for a ride to Big Bear, I wondered what the ride report would look like and could I do a report on a ride that I never actually went on and just sort of phone it in, seems simple enough but the reality of writing a firsthand report means you have to be there and actually do the ride, meet the people, navigate the roads, see the sights and experience the adventure, so I had to go plus I already know several members and riders anyway and the weather seemed near perfect so far.


Our ride this morning will be very similar to one I had done a couple weeks ago with Chapter 230 up to Big Bear returning via the back way to Redlands, only this time we will stop on the way back in Yucaipa at Buckles and Belts for some shopping.  Chapter 500 is a group just getting started, but on its way to bigger and better things I believe.  A lot of it is due to the efforts of Rodney –“Rac”- Chapter President and Rose as Secretary plus her duties as all around cheer leader.  Rodney or Rac as he likes to be called has really taken on a challenge to organize, build and run a group of motorcyclists and all that is involved, but he seems to be doing a really marvelous job to say the least.
Motorcycles, Riders and passengers gathering for the ride meeting. 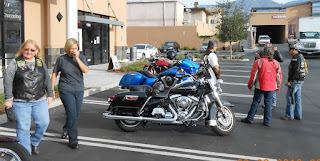 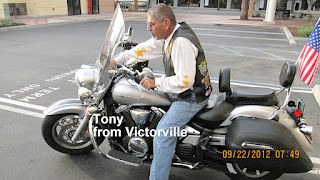 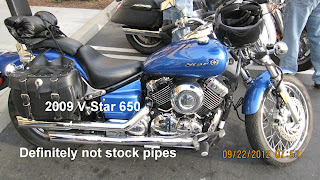 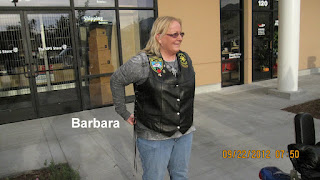 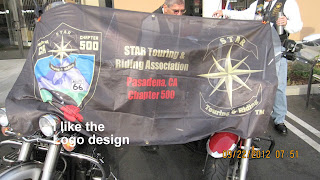 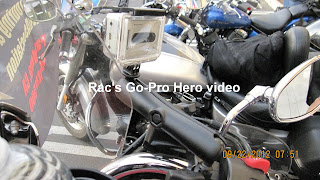 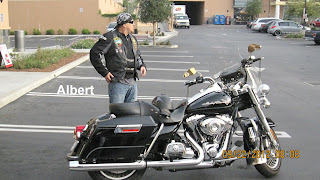 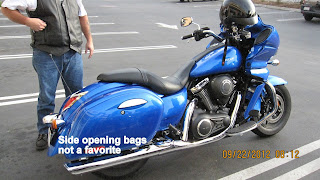 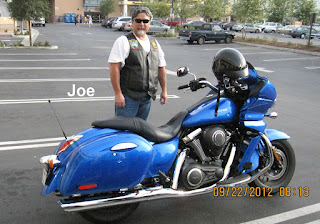 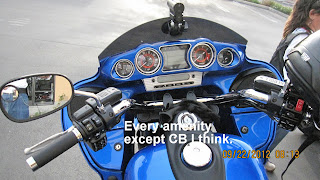 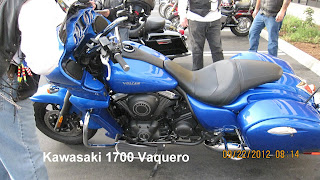 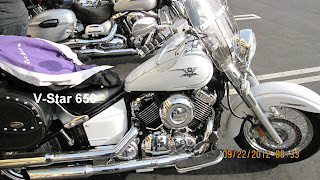 The ride up to the mountains includes a side trip through the Upland area or as I call it the Neighborhood Pot Luck Ride; turn down a road and see what you get.  Now they knew exactly where they were going as mapped out by Will and we even wound up on old Route 66 around Devore area making for a nice diversion.   From there it’s up past Lake Silverwood, stopping in Crestline for a few photos. 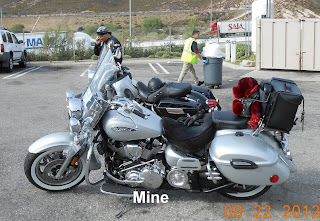 One item became obvious rather quickly as we were heading up the hill and that was the 2 V-Star 650’s and the exhaust noise.  I’m not a loud pipes save lives kind of person, mine are all stock, but many put aftermarket pipes on a motorcycle for whatever reason, making more, to a lot more noise and rumble in the process.  What struck me was the type of sound they made, reminding me of an Ultralight Aircraft I flew a couple times; very fast noisy engines with little mufflers.  The whole ride when I heard them, it was like flying in formation rather than riding in formation.  The V-Star 650 engine makes sort of a sewing machine sound anyway and this just made it a lot more noticeable.  By the end of the ride I no longer really heard it.
One note for future reference, if you are in town and come to a crosswalk with a pedestrian on the road but he is waving you through, look to make certain there is no one else on the other side also walking across or you could very likely get a ticket for not stopping.  I have done something similar where I did not see a pedestrian coming from the other side and went through, if you impede their progress you could be cited.


Something else I noticed on this and other rides; lady riders even with limited experience often are really quite competent riders as I noticed on today’s ride.  I think it stems from being able to listen to valid instruction and put it to use in the best way possible without trying to invent some other method that does not work.  I only mention it as I had the impression at least one has been riding for a relatively short time.  As a matter of fact everything and everyone did very well on the ride even with the rather tight twists and curves going up the mountain and on the return as well.  Even though the chapter is new(er), every rider acted like a seasoned veteran of the two wheel world, there were no beginners. 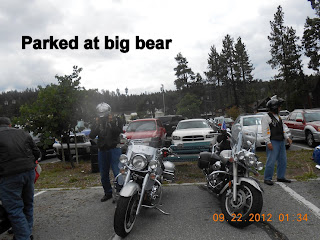 Arriving in Big Bear and what a shock.  All these years of going to Big Bear I do not believe I ever went through the actual downtown Big Bear.  I was just astounded that there even IS a downtown, how come no one ever told me.  Our ride leaders took us to downtown; we parked and went to Boo Bears for lunch.  As is typical with STAR rides I was not expecting gourmet food and they met my expectations. 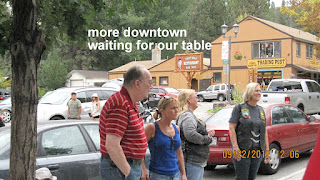 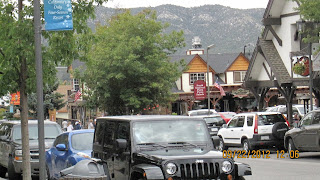 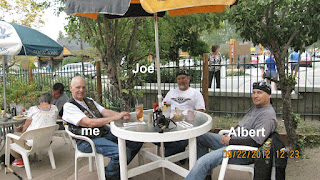 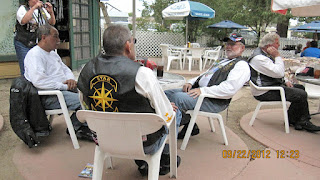 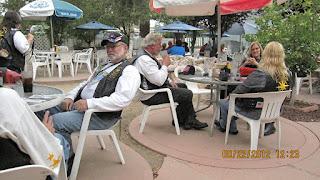 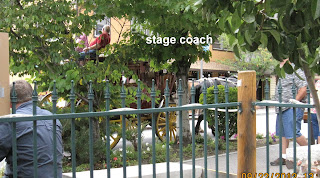 I sat with two members of Chapter 500, Joe and Albert.  Joe rides a new Kawasaki Vaquero-1700 and Albert is on a Harley Road King.  I sat on the Kawasaki and it seemed like it could work as far as fit for legroom goes.  It is obvious why he traded the Raider for it.  Photos by Rose... 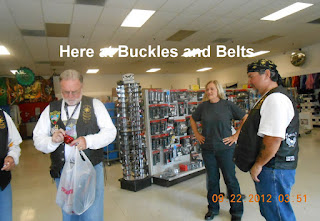 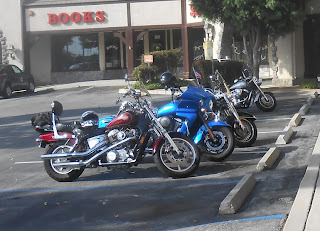 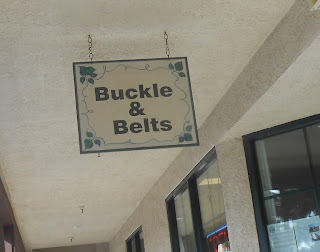 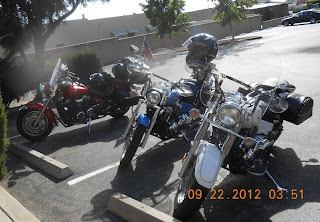 To sum it up, it was a fun day of riding with friends and fellow STAR Touring members and getting out for a ride into the mountains and back.  Oh yes, arriving in Yucaipa the temperature climbed into the 90’s and on the way back it even hit 101, HOT for sure.  You know I brought the Kool Vest and put it on before leaving Buckles and belts, Rose bought a Kool Vest; she wore it and now probably understands why I wear mine. 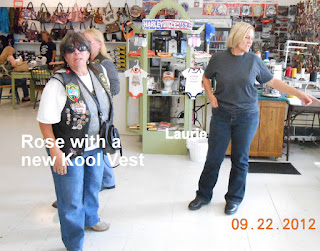 Thanks for coming along Richard.. Always enjoy your write ups.. It was an enjoyable ride..

Richard I always like reading your blogs it's give me us an outside prospective look into our group. Thanks for the write.