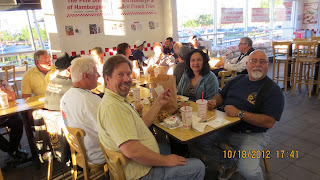 Our Thursday meeting officially started when Wayne, Johney and I walked into the 5 Guys Hamburger place in Costa Mesa. It looked like several members were already there and just waiting for our grand entrance before lining up to place their order, I should be so important. We enjoyed several milestones relative to this meeting including Wayne selling off his V-Star 650 to a young waitress from Ruby’s Diner in Orange.
This is quite a story; as Johney and I were dining at Ruby’s a couple weeks ago, we saw one of the waitresses looking at the motorcycles and a conversation got started when she came by our table. Turns out her car was wrecked while parked on the street and she wanted to learn how to ride a motorcycle and in need of transportation. Johney mentioned that Wayne had this rather used but running V-star 650 she could learn on after taking the Motorcycle Safety course and if she called Wayne, might be able to work out a deal. Well one thing led to another and this very Thursday, Julie from Ruby’s paid for and had someone pick up the 650 and it was a done deal. Naturally Johney would not let a pretty girl, a motorcycle, and money go by without a photo or two. 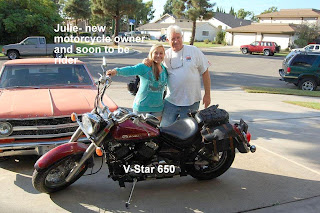 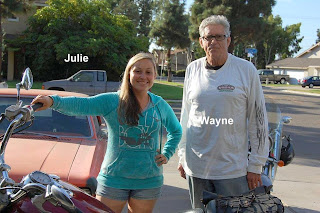 Of course I gave her my card and we told her about STAR Touring and 230. My name never really came in the whole deal at all. 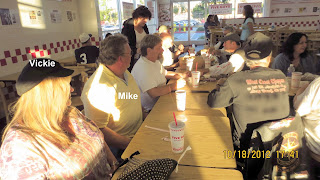 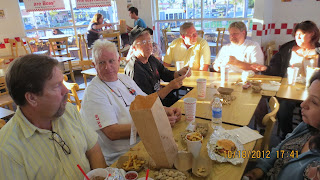 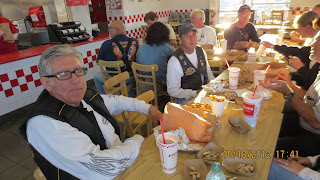 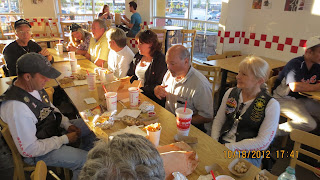 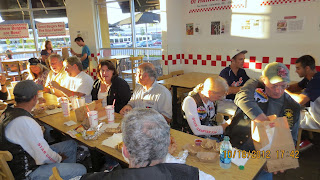 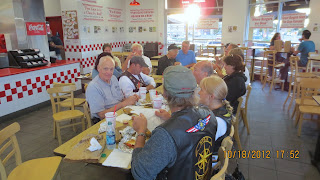 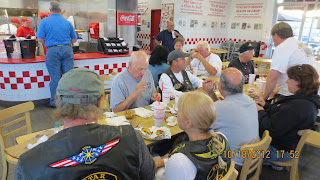 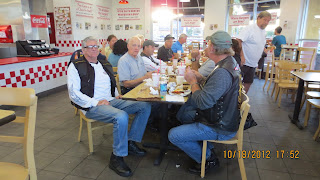 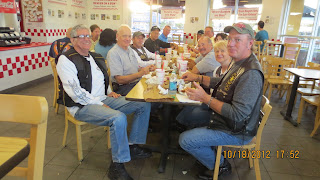 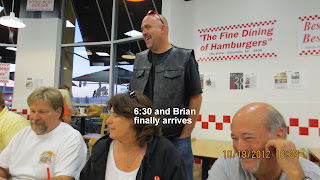 I was delighted to witness the turnout for this meeting as we had 17 attendees by the time Brian Beach arrived on his newly reconstructed Harley. All I can say is that he has waited quite a while to get it back after they finally decided to replace just about every part of the motor including the casing but luckily they were able to save to logo. 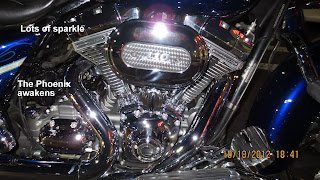 Along with Brian (Flyin’ Brian), Brian H. Wayne, Johney, Ed & Susan, Chuck, Barb & Rick-the local folks, we also had Gary and Anna who live close by, along with Mike and Vickie. I finally figured out Vickie’s name but left it off one of the Pismo photos and will go back to correct that. Also attending- Doug but no Cindy-she makes the best darn cookies you can get your hands on, and Glenn who pours some of the best Tequila you can get your hands on as well, plus Stan and me for a total of 17.
One other note is that I have been picked up for the next season of Days of Our Handlebars as well as the Bike Night Coordinator job, which basically are synonymous in my thinking, as Ed asked if I would like to keep on in my duties and I said so far so good.
The report was delayed due to my being in what seemed to be a coma from all the peanuts, fries and accompanying salt on same, ingested during the meeting. Whatever you do be sure to try and limit salt intake if you want to keep blood pressure under control. That’s the report for Thursday October 18. The next meeting is our 4th Thursday meeting at Portillo’s in Buena Park and hope to see lots more folks there.
Posted by Richard at 2:18 PM