After spotting a comment on Facebook by Jim R. about a ride Saturday heading up Pacific Coast Highway (PCH) to Mulholland Road it sounded rather interesting.  As the day and time approached it looked better and better with nice mild weather and a clear day for a casual ride.  Mulholland is a fairly twisty road and I soon learn that we are going on an even twistier road than Mulholland called Decker Canyon.  We meet at Coco’s on Imperial and already there are Jim, Johney-just visiting for breakfast, and several of Jim’s co-workers including Anita on a 650 BMW and then we are soon joined by Bryan and his friend then Wayne shows up for the ride as well.  Looks like there will be 8 motorcycles and one with a passenger.   I just could not remember every ones name this time. 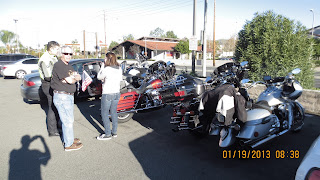 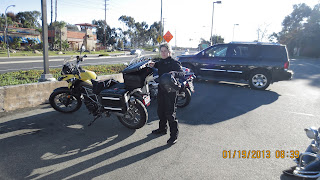 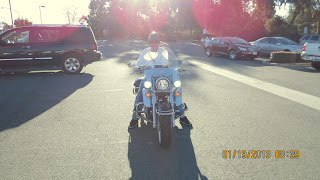 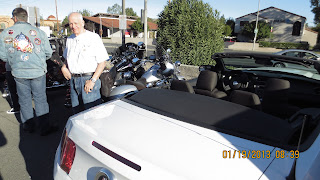 We finish up breakfast and mount up to begin the ride.  Our route will take us to the 60 Freeway west to Santa Monica on the 10 Fwy. and then to PCH heading toward Malibu.  This is not a group of regular riders that are used to lots of hand signals but all goes well even if we have to catch up once in a while.  We stop for gas at a familiar Chevron near Pepperdine College and gas up for the rest of the trip.  It was about 72 miles to this point.  Our next destination is Decker Canyon then on Mulholland with a stop at the Rock Store, a somewhat famous local store/hamburger stand/hangout for motorcycles, bicycles and anyone else riding around in the hills.  Jay Leno can be spotted here occasionally as well as other celebrities that ride motorcycles.  This will be the second time I have actually stopped there and the first time it is open when we do stop.


Decker Canyon Road proves to be more challenging than I had imagined but all goes well with the group and we arrive to find a parking spot somewhere  in the crowd. 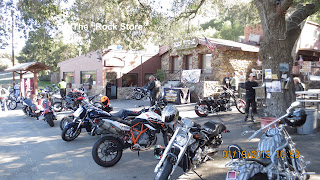 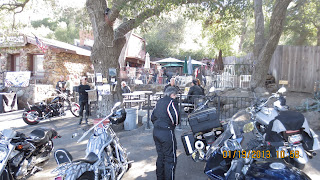 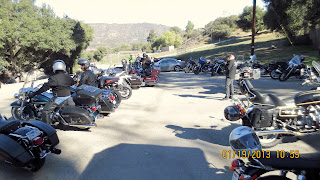 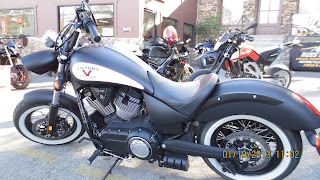 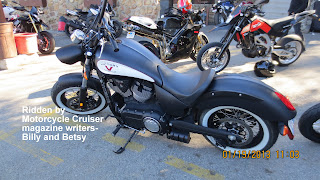 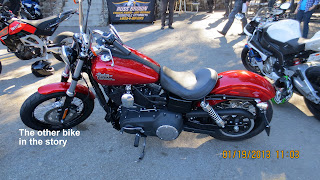 This red Harley will also be in the comparison article 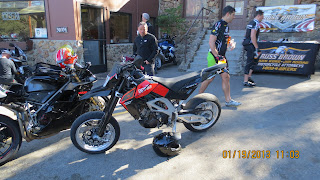 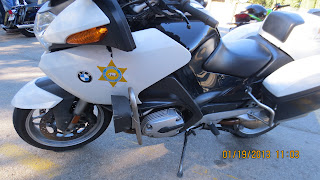 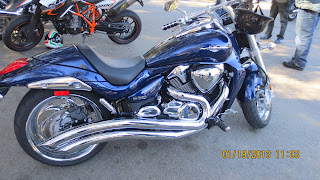 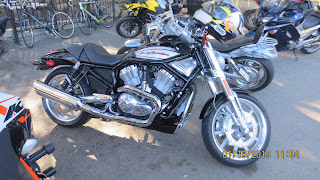 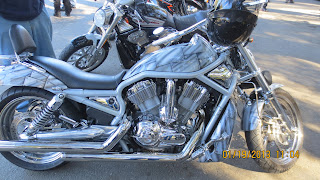 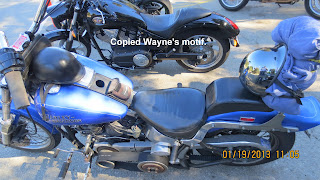 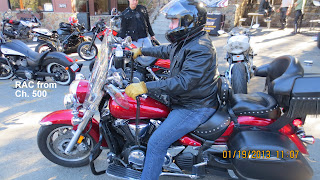 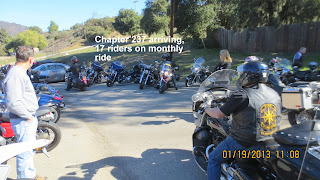 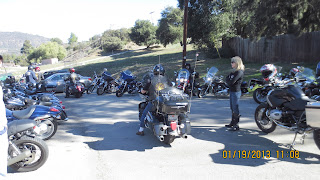 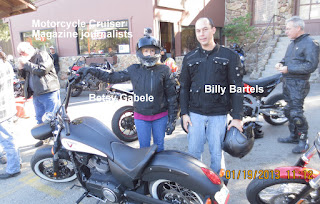 Both Betsy and Billy are journalists with motorcycle Cruiser and probably get paid to ride around doing research for a comparison article, not a bad job all things considered.  They rode up before we arrived but switched motorcycles when they took off.  Betsy, for her size really knows how to handle the 106 Cu. Inch Victory. 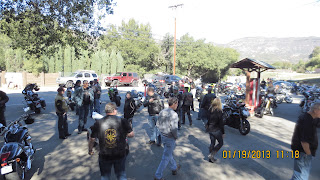 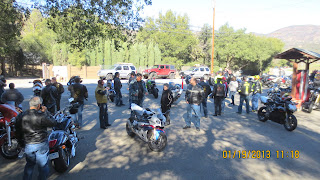 Our visit at the Rock Store is over and it’s back on Mulholland with Jim leading and as we get to the 405 Freeway things on his GPS go a little crazy and we wind up in a neighborhood trying to figure the next turn and lose Anita as she decides to head home.
We get back on Mulholland where we find a view site and turn in for a photo of the remaining riders. 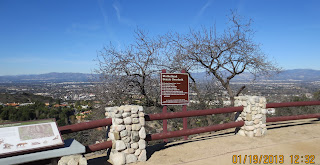 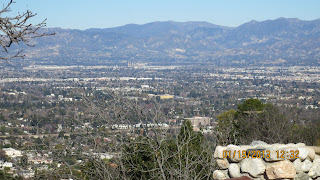 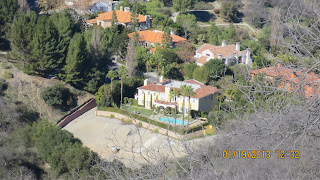 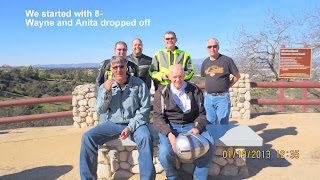 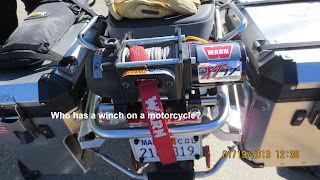 We wind our way to Laurel Canyon where we turn right toward Sunset Blvd. at that point pull in to a gas station trying to collect everyone after hitting some major traffic and Jim calls the ride. I take off another couple miles to the entrance for the 101 Freeway and as I turn toward the freeway see it is jammed to the max. OK, here is where experience pays off and I get to use my lane splitting skills. It really comes in handy and I proceed carefully in between the vehicles when stopped or nearly stopped and occasionally drop into the moving traffic but am able to skip past about 2 or more miles of backup and then as the traffic opens up move on over to the 60 Freeway and back home. Nice ride, beautiful day met some nice folks, what a deal!
Posted by Richard at 12:44 PM

If you are not familiar with Mr. Bartel he is the son to the Harley dealers in Venice, Ca. Nice guy met him before. Thanks for the write up. Fun as always.
Rac