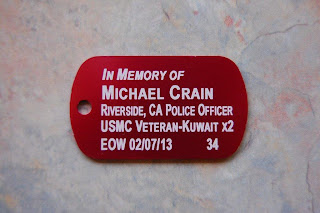 Services for Michael Crain age 34, with a wife and two children, Police Officer in Riverside and former Marine with two tours in Kuwait were held on Wednesday February 13 and when Johney called to let me know he was going I changed my plans and dropped the breakfast ride to Corona for the opportunity to pay respects to a fallen hero.  We arrived at a church in Riverside just off Van Buren called the Grove; it is very near the Riverside National Cemetery, where he is to be interred.  Michael was the first officer to be fatally gunned down by Christopher Dorner, who after leaving a trail of death and destruction finally wound up taking his own life when cornered in the mountains near Big Bear Lake area.   LINK TO L.A. TIMES ARTICLE 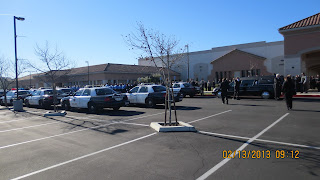 A huge turnout of Patriot Guard Riders for this mission.  There were lots of folks lining the road on the way to RNC, but the Patriot Guard group is there to stand and protect the family from the Crazies and lunatics like the Westboro group. 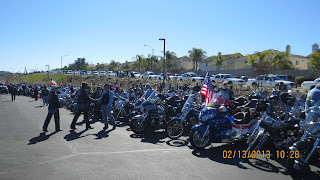 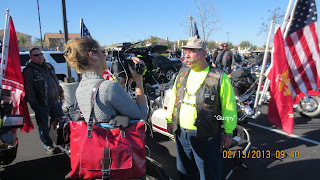 Gunny is interviewed about the Patriot Guard and makes for a great spokesperson.  Almost as if he was from central casting, he is also from the Orange Wednesday Flag Ceremony. 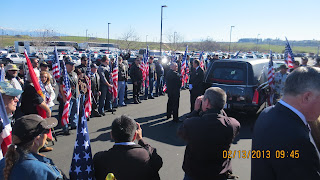 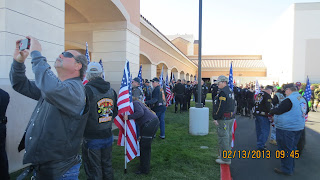 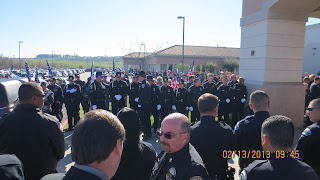 The police presence was huge and this was one of the largest numbers of Patriot Guard riders in attendance I have been involved with as well. Police officers from a wide variety of jurisdictions turned out including railroad, airport, university school and most other police agencies from around the state. 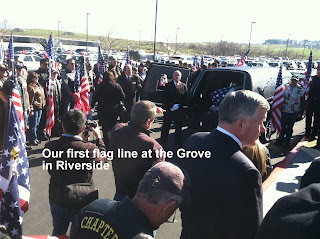 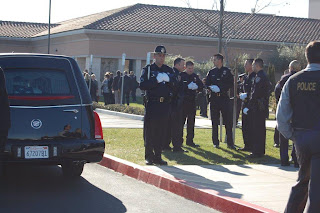 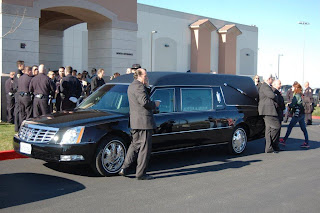 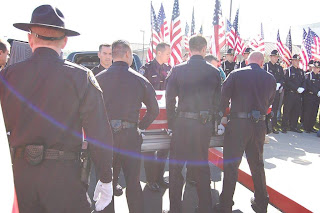 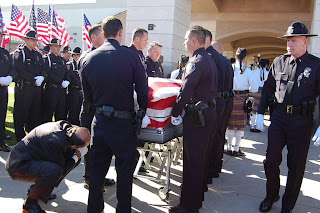 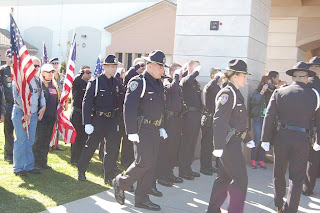 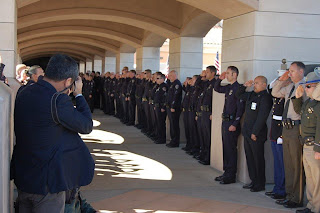 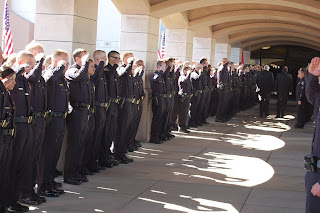 Johney happened to get a chance for an on-air interview by Wendy Burch Channel 5.  I am so jealous, but Johney was ecstatic about the opportunity.  It seems they were not very familiar with the Patriot Guard.   My daughter and wife happened to catch it live as he was being interviewed. 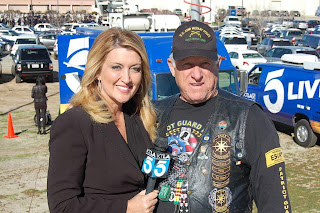 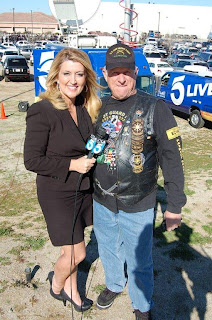 The Patriot Guard preformed a flag line for his casket and then we made our way over to the Riverside National Cemetery where another flag line would take place as the procession entered and drove on to where final ceremonies were to take place.  Between Johney and I we managed to get a few photos and even a bit of video. 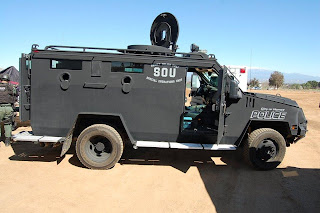 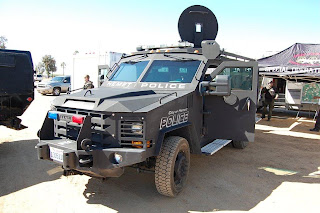 We waited for a while until the procession made its way to a side entrance at Riverside National Cemetery. 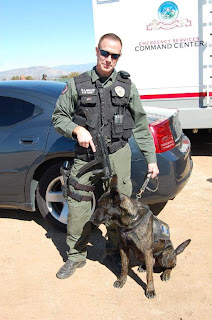 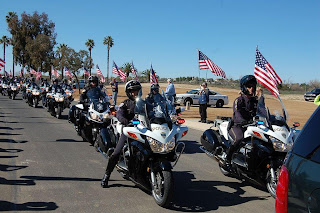 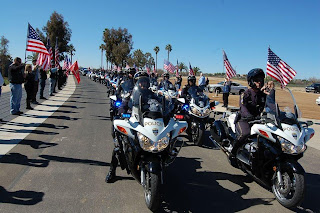 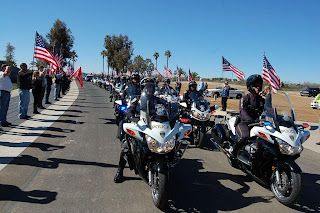 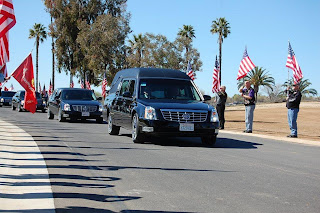 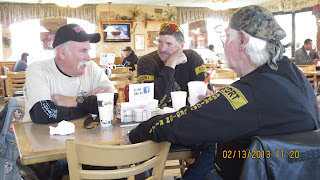 Mark W. on the left, the Master of Ceremonies at the Flag ceremony in the city of Orange every Wednesday and a Patriot Guard rider, we met up at lunch break before heading over to the cemetery. 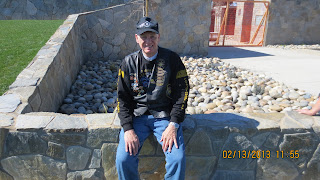 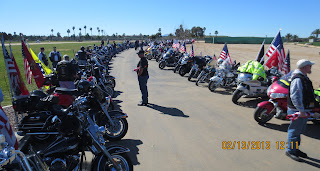 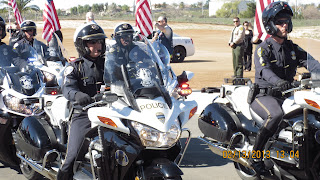